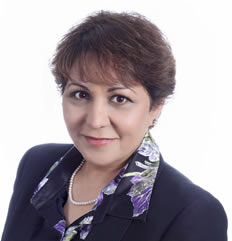 So, what made you choose politics as a career?
Well, I didn’t actually see it as a career choice. I was very involved in the issues affecting my local community such as housing and human rights issues and I guess it progressed for there. When you are a campaigner, and a constant campaigner, you become noticed by key decision makers and people want you to represent them as a politician, in Parliament. That is how it all came about really.
You were the first female MEP to be elected. That is a great achievement but that was also ten years ago. Why is it that no other female Asians have been elected since?
I do think that there is a lot more to do. At the moment, there are only two or three Asian female MPs elected in May of this year. There are definitely not as many Asian women involved in politics as I would like to see. But it is important to remember that it is not all about being elected. It is about having an interest and being engaged with social issues. And that is something that we really need to improve, getting women involved in their communities.
What is your view on the relationship between the UK, India and Pakistan?
Well, I have just returned from India and I must say that there is a very warming relationship between India and Pakistan. Actually, at the recent Commonwealth Games, hosted by India, the biggest cheer was for Pakistan. There is major progress being made between these two countries and the UK is very proud to be able to help in anyway possible. India is a fast developing country, economically and technologically and a strong partnership with the UK would be ideal – benefiting both countries. The UK’s substantial help for the Pakistan floods shows that we are totally committed to Pakistan. We not only stand by the country at a time of need but also are able to help maintain a degree of security with the continuous threat of terrorism.
Did David Cameron’s comments about Pakistan earlier this year damage these relationships at all?
This issue was not raised in India during my recent trip. I have watched the media coverage of this story and really think that we need to move on from this. The UK support for the Pakistani Flood Appeal shows that we have.
You have just been appointed the Vice President of Corporate Affairs for the European and Asian Pacific regions at SAS. Tell us what this job will entail?
My role will be in the public sector, trying to get public sector decision makers to see how analytics can help tackle today’s issues. There are public sector spending cuts which will soon be announced by George Osborne. For services to continue to be delivered during these tough times, analytics continue to play a major role. Better infrastructure means better management and better decision making. There is huge potential for this. Within SAS, I want to fine tune how we meet the requirements of the public sector. The UK is the world leader in financial services and I want her to be the world leader in public sector services generally, on a local, regional and national level, but also on a European level. I have been an MEP or a chief executive for over 25 years now and I want to be able to put my knowledge and experience to good use.
What is the difference between an MEP and a MP?
European MPs cover a much wider region. As an MEP I covered the West Midlands area, with a total of 5million people. An MEP acts as an ambassador for the region. My role is to encourage investment in the region which will then benefit the whole of the UK. It is very similar to being an MP but bigger. Instead of representing just one constituency, I represented 59. Many people will be familiar with the House of Commons where MPs normally sit. However, as an MEP, I sat in the European Parliament. Decisions made there affect the whole of Europe, some 500 million people.
Finally, any message for our readers?
I would like to encourage your readers to broaden their interest. Get involved in your society or community. And look further than just the business world; look at the corporate world too. Analytics can really expand a business effectively and Asian businesses shouldn’t shy away from it.