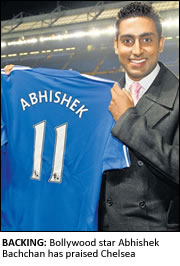 ABHISHEK Bachchan, one of the worlds leading Bollywood stars, has given his backing to Chelsea’s Search for an Asian Star campaign and urged young players to sign up to the project.
Chelsea fan Bachchan underlined the importance of the programme which is designed to give a much needed boost to Asian participation at all levels of the game.
The tournament gives hopefuls from Indian, Pakistani, Sri Lankan and Bangladeshi backgrounds aged eight to 13-years-old the chance to impress on one of the biggest football stages in the world.
Bachchan said: “I know how important it is for young Asian kids to get involved with sport, not just to reach the top but to enjoy themselves, meet new people and be part of a team. As a Chelsea fan I’m delighted that my club is taking a lead on providing these amazing opportunities for Asian players and would urge everyone with a love for the game to sign up and take part.”
A number of high profile figures have already praised the efforts of the Premiership champions in attracting British Asians to the game.
The FA’s Sir Trevor Brooking and Bhangra star Jaz Dhami are just two figures to back the ground-breaking initiative.
Birmingham-born Jaz has worked with the FA in the past to try and encourage more Asians into the game. He was invited to Chelsea’s Cobham training ground recently where he spoke with officials about the campaign. 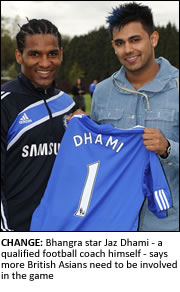 “I’ve really enjoyed seeing the players here at Chelsea,” he told The Asian Today, “but the main reason for me to come down is to support the campaign and get Asians involved in football. I have been working very closely with a number of sporting bodies in encouraging more Asians to get involved in football as I want to help break down boundaries and encourage more Asians to get involved in the game.
“It’s a fantastic campaign because Asians don’t have the path; they don’t have the direction to see where they can go in football, so if I can help make a difference it would be great.”
The number of Asian professional players in the UK are few and far between and Jaz, himself a qualified football coach, believes this has to change.
“I am a football fan myself, I’ve always had a big passion for football, but I think a lack of involvement is to do with parental pressure, many Asian kids aren’t pushed towards football, so my main aim is to break down barriers and support them as well as I can,” he adds.
“It is a fantastic initiative that not only gives young Asians a chance to break into professional football, but also provides a platform to lift awareness of football within the Asian community which I feel is important in trying to get more Asian kids involved in the game. I will be attending the tournaments which will take place over the bank holiday weekend to offer my encouragement and support to this extremely proactive project.”
The tournament, which takes place on the second May Bank Holiday weekend, is the second in the ‘Asian Soccer Star’ campaign.
Last year over 350 hopefuls descended on the clubs Cobham training ground to be judged on a series of matches and tests specifically designed and used by the Chelsea Academy to examine speed, skill and ability.
Two of last year’s winners have since gone to be signed by Leyton Orient and Southend.
Applications are now open but places are limited for each day. To register for the trials please visit the Chelsea website.
http://www.chelseafc.com/page/AsianSoccerStar 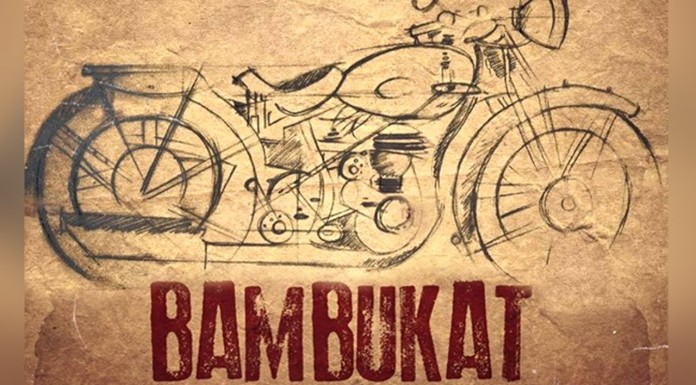 Blues say ‘No’ to Racism

Payday Loans in Freedom, MO. Have you found yourself in financial difficulties?

We initial been aware of Tinder, the app known as Grindr for right folks,...