Home Sports Keeping it in the Family 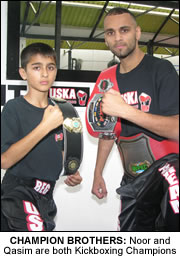 HAVING one champion sport star in the family may be considered good enough for most of us – unless you’re the Beg family from Birmingham.
The Muslim family from Sparkbrook boast two champion Kickboxers in the family – with the youngest just 11 years of age.
Young ‘Nitro’ Noor Mohammed has followed in his older brother’s footsteps – current ISKA English Champ Qasim ‘The Dream’ Nisa – after winning the 35kg Midland Championship.
Noor travelled to Matlock in Derbyshire to take on Josh ‘The Tank’ Spencer in his home town and turned in an excellent performance to gain his first ever title.
And there was nobody more proud of the youngsters’ achievements than his older champion brother Qasim.
Qasim is now the country’s number one professional prospect remaining unbeaten in 11 professional fights after an amazing amateur career that has led him to two world crowns.
He is now the ISKA English Champion and fast closing in on a British title shot sometime in the New Year.
Qasim was in his younger brothers’ corner on fight day and admitted he was more nervous seeing Noor in the ring than on his own fight nights.
“I was much more nervous for my little brother than I ever get for my own fights but from the second round onwards I could see that Noor had grasped control of the fight and was well on his way to winning the title,” Qasim told The Asian Today.
“It is great to have another champion in the family and maybe now that he has a title belt of his own he can stop trying on mine for size!”
The two brothers train under the tutorage of USKA chief instructor Neil Kelly who is also the chief coach for the ISKA English team.
“Noor has for a long time been in his big brothers shadow and it has taken him a while to really knuckle down in the gym and show what he is really capable of,” Neil said.
“After 6 hard weeks preparation he performed excellently and really deserved the win against another very good challenger in Josh Spencer from Jesters Kickboxing gym. If he continues the way he is going there is nothing stopping him enjoying the same level of success as his big brother Qasim in the future.”
The title win means Noor has earned himself another title shot this time for the BLCC English title against the extremely talented Burton fighter Jonnie ‘The Dodger’ Squirrell.
Noor and Jonnie have fought twice before and have a win a piece so the rubber match this time for the title leaves things excitingly poised.
The match has been pencilled in for November 15 – this time with home advantage to Noor at the USKA Fight Factory in Sparkbrook in what is anticipated to be a sell-out.
Qasim will again be working his corner and be willing his brother to once again put in a dream performance and bring home another title belt to add to the Beg family’s trophy cabinet.
For more information on the USKA Fight Factory gym log onto www.uskakickboxing.com 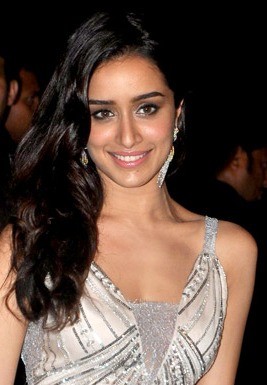 Futsal festival to mark One Game One Community event

Adil Ray Hits Back at Trump