‘We have the team to win’, says confident skipper 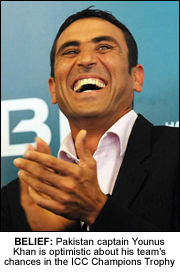 PAKISTAN cricket captain Younus Khan has said he believes his team are capable of winning the ICC Champions Trophy in South Africa.
The current T20 World Champions will play Sri Lanka in a warm up match on 18 September before kicking off the official campaign against the West Indies in Johannesburg five days later.
Khan, who led Pakistan to T20 glory earlier this year, said his crop of players were capable of winning the trophy if they play as a team.
“The sort of team we are at the moment, I don’t see any reason why we can’t repeat our Twenty20 World Cup success in the ICC Champions Trophy,” he said.
“But we have to give our best in all the matches, no matter whom we play – whether it is West Indies or India,” he said.

The middle-order batsman said the ICC Champions Trophy is a real test for all the eight participating teams and the competition would be tough.
“All the teams are equally balanced so I don’t like to make any predictions, but in such a tight competition one bad day is enough to put a team out of the tournament. So we will have to play out of our skins in every match,” the skipper said.
Khan also revealed he is desperate to beat rivals India when the two teams clash on 26 September.
Pakistan and India have been paired in the same group alongside Australia and West Indies.
Khan knows Pakistan have not fared well against India in ICC events and is eager to “set the record straight”.
“The fact that we lost twice to India, in the inaugural World Twenty20 in 2007 and then also in that World Cup match in 2003 in South Africa still hurts,” Khan said. “India is a very good one-day side but it is my burning ambition to set the record straight against them and defeat them this time in the Champions Trophy in South Africa.”
The ICC Champions Trophy will kick off on 22 September when hosts South Africa take on Sri Lanka. 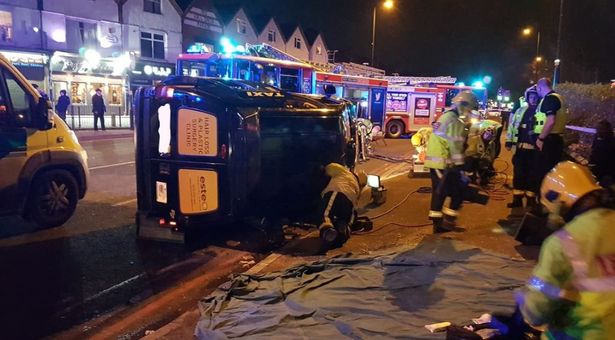 I THEN STUMBLED ACROSS A WONDERFUL – I MEAN BEAUTIFUL – person