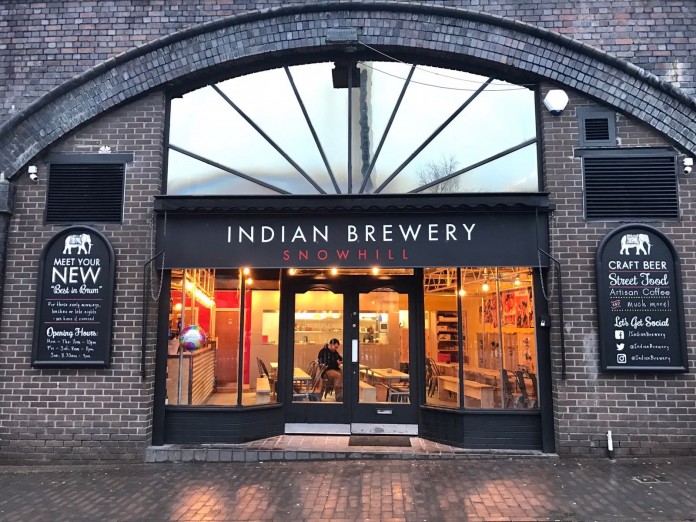 So many marvelous independent beer places have opened up over the last year in Birmingham, that now beer lovers are truly spoiled for choice. The newest addition to the Jewellery quarter, Indian Brewery Snowhill, is set to spice things up a little which is great news for beer fans as well as street food lovers and artisan coffee folk.

The Indian Brewery has resurrected the old coffee shop, Brewsmiths under Snow Hill’s railway arches, and resurrected it as a bar selling craft beer as well as artisan coffee. Obviously, being Indian you have to throw a bit of masala into the mix, so during the morning it dishes out an innovative breakfast menu and mouth watering street food from midday till late. 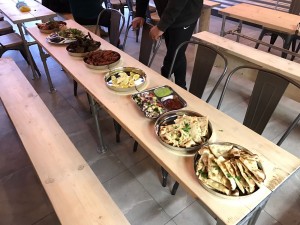 Jaspal Purewal, who owns Indian Brewery which supplies Birmingham lager, Indian Summer, Bombay Honey, Peacock and IPA to Birmingham venues including Harvey Nichols, Connolly’s wine merchants and Indico, has taken over the lease of the cafe and had added an impressive bar. The old worn out  exterior has been replaced by something altogether more slick and modern and the interior has a more industrial feel. It’s casual and relaxed with benches for drinkers to enjoy an artisan beverage whether it be coffee or Indian sodas as well as their beers, whilst admiring the classic Bollywood posters on the walls. A place of social gathering and good times.

Jaspal told the Birmingham Mail: “We’ve wanted to set up a bar for our brewery for a long time and the Jewellery Quarter is the perfect location. There is so many exciting things happening here. This will be our flagship store – for all to consume our beers along with in-house artisan coffee and street food.”

“We’ve wanted to set up a bar for our brewery for a long time and the Jewellery Quarter is the perfect location. There is so many exciting things happening here. This will be our flagship store – for all to consume our beers along with in-house artisan coffee and street food.

The site on Livery Street quietly opened on Friday 13th and customers were quick to hot foot it down there to see what was on offer. 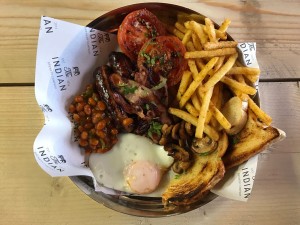 As well as bacon, sausage or egg naan on the breakfast menu, diners can enjoy pakora pops, Indian fish and chips and Chaat bombs!  The Bombay Breakfast; a twist on the English –  is bound to be a hit with people seeking quality, taste and innovation.

The food menu has a distinct street flavour but there is a difference! Jaspal revealed: “We’re not your typical Balti house or Indian pub, we’re truly different and being innovative was key, the public has spoken.” 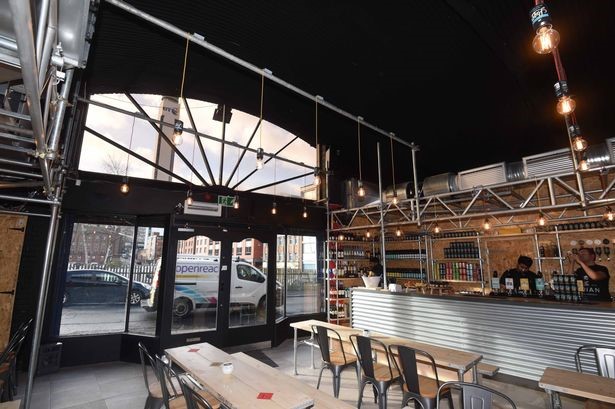