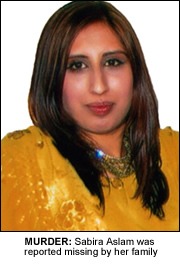 A MAN has been charged with murder following the discovery of a woman’s body on moorland in West Yorkshire.
The body of 20-year-old Sabira Aslam was found at Buckstones, in Scammonden, at 10am on Sunday.
She had been reported missing by concerned family members just two days earlier.
Police said Naveed Naeem, 30, of New Street, Milnsbridge, Huddersfield, has been charged with murder.
He is due to appear at Dewsbury Magistrates’ Court today.