World glory could be on the cards for Khan 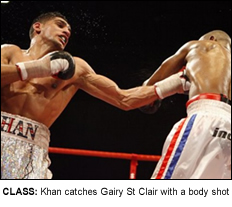 AMIR KHAN could see his dream come true this summer with the possibility of his first fight under the bright lights of Las Vegas.
Hopes of his first fight stateside moved closer following a successful defence of his Commonwealth title against Aussie Gairy St Clair, at London’s ExCel on Saturday night.
It was the first time Khan fought all 12 rounds but it didn’t faze the Bolton boxer who triumphed on all three of the judges scorecards.
Promoter Frank Warren confirmed Khan’s next fight will be in April – with the location either Bolton or Las Vegas.
While Khan and his supporters would undoubtedly prefer the later, it emerged he could make his US debut in a mouthwatering double bill with Joe Calzahge.
Warren is considering putting Khan on in Vegas on April 18 – 24 hours before Calzaghe clashes with Bernard Hopkins at the Thomas and Mack Center.
“Amir’s next fight will be in April,” said Warren. “We’re looking at either the European champion Romanov or a fight in the States. If he fights Romanov, it will be in Bolton.
“He won’t fight on the Calzaghe bill because they are with different television companies. We’ll weigh it all up and make a decision whether or not to go to the States and if he doesn’t go this time, he could go there for his next fight.”
And Khan himself is itching to show America just what he ahs to offer.
“I want to go to America and fight over there,” he said. “I’ve beaten a world-class fighter in Gairy St Clair and things are going to get interesting. I’d love to fight in America and for the European title.” 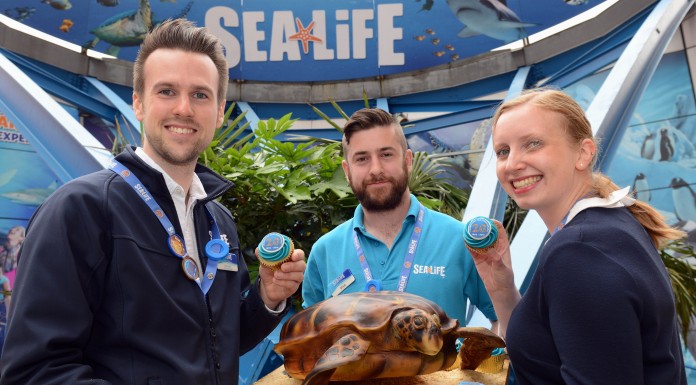