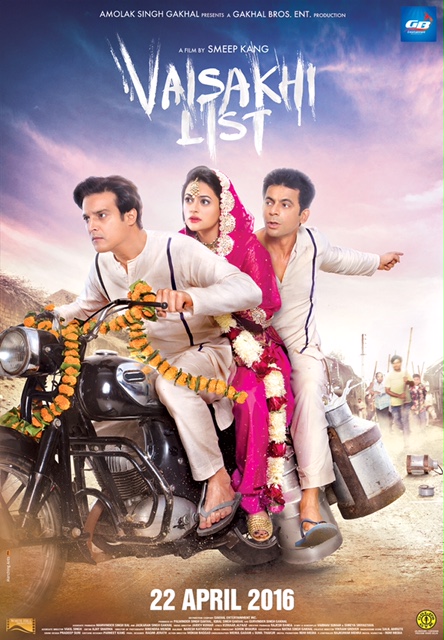 After releasing a plethora of Punjabi hit films such as Ambarsariya, Sardaar Ji, Punjab 1984, Jatt & Juliet, B4u Motion Pictures is proud to present its next release Vaisakhi List, out in UK cinemas on April 22.

The film features the charming Jimmy Shergill and comedian Sunil Grover aka Gutthi from Comedy Nights with Kapil Sharma, who is all set to make his Punjabi debut.

Vaisakhi List revolves around two prisoners who are trying really hard to get back behind bars after eloping from jail. Why you may ask?

The two friends after escaping, come to understand that their jail term is to be pardoned by the government on Vaisakhi day on the grounds of their good behavior in prison.

Just in time to celebrate Vaisakhi with the family, audiences can expect a lot of chuckles and a strong story line with this comedy entertainer. Judging by Jimmy and Sunil’s past performances, this film is not one to be missed.