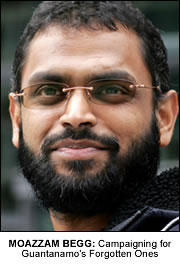 
For more information on the work of Cageprisoners log onto www.cageprisoners.com