Home Sports ‘We can’t wait to have Shoaib back’ 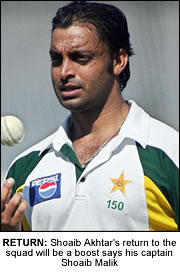 NEW Pakistan captain Shoaib Malik has insisted the team cannot wait for the return of fast bowler Shoaib Akhtar.
The Rawalpindi Express has been out of action since the beginning of the year and did not feature in Pakistan’s short World Cup run.
Akhtar has played in a few practice matches for Pakistan in a bid to regain his place in the squad.
His commitment to the team has been questioned in the past but since the doping fiasco in which he was banned and then subsequently cleared seems to have pushed the 28-year-old in the right direction.
Akhtar has found his rhythm during his recent stay at a training camp held at an army base in Abbottabad.
And captain Shoaib Malik believes he can still play a major part in the Pakistan team.
“Akhtar is a proven match-winner and his return has strengthened our bowling attack”, Malik said. “He is vital to our team and bowled at full throttle in the two practice matches.”
Akhtar himself told reporters he was keen to get back on the playing field.
“I am gearing up for the full season. I hope I keep fit and play a lead role, especially in our home series against Australia”, he told AFP.
“I know my fitness will play a major part, but I am confident that I will play my role this season as we have three very important series,” said Akhtar.
“This is the best I have felt in my entire career. I hope this is a new start for me and I will do my best to play continuous cricket.
“I know what is required of me in Tests as well as in one-day internationals and I am ready to play my part.”
Pakistan’s recent one-day series win over Sri Lanka has put the team in good stead ahead of a busy season.
They are set to host South Africa after the Twenty20 World Championships and world champions Australia early next year. 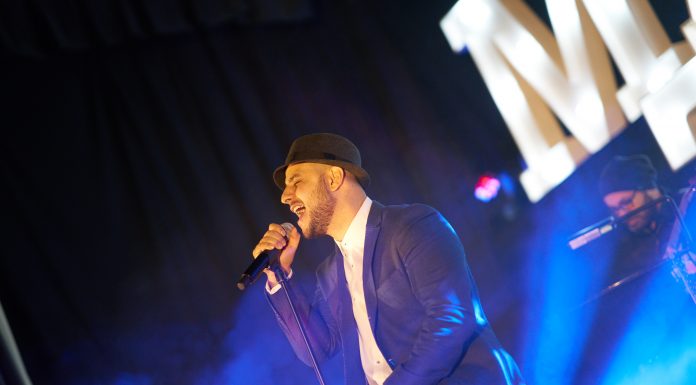 IN CONVERSATION WITH MAHER ZAIN

How To Make Money In A Single Hour – For When Need Money SOON!

Nike Swimwear Designed For Women Who Wear A Hijab

Locate Tinder on Android.Change your local area with Tinder advantage.