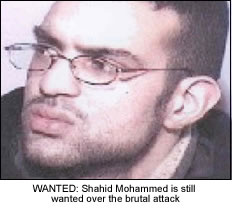 DETECTIVES have issued a fresh appeal for information on the whereabouts of a man wanted in connection with an arson attack on a house which killed eight members of the same family five years ago.
Shahid Mohammed, now aged 24, has eluded police over the deaths of 8 members of the Nawaz family who died following an arson attack on their home in Huddersfield on 12 May 2002.
Mohammed Ateeq-ur-Rehman, his sister Nafeesa Aziz and her five daughters – Tayyaba Bootall, 13, Rabiah Bootall, 10, Ateeqa Nawaz, six, Aneesa Nawaz, two, and six-month-old Najeeba Nawaz – all died in the blaze.
The girls’ grandmother, Zaib-u-Nisi, 54, died a week later in hospital.
Mohammed was arrested and released on bail during the murder inquiry but then disappeared.
It was rumoured he may have fled to Pakistan but he also has links in Birmingham, Leicester and Manchester, police have said.
Detective Inspector John Halstead, who is leading the investigation, said: “Enquiries are continuing to find Shahid Mohammed and we are keen to speak to anyone who knows him or who has connections to him.

“We have had information previously to suggest he may be living in Pakistan and has links to the Rawalpindi district and that he may have visited Gujar Khan, Afshan Colony and Mohra Bhuttian as well as Gulistan Colony in Faizalabad.

“However we also know he has links in England to Birmingham, Leicester and Manchester. 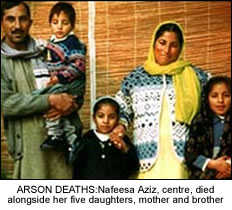 “Much of the information we have received is based on rumour and speculation – we need direct information from people who know Shahid and know where he is.

“He may also have changed appearance and identity since his disappearance and we would appeal for anyone who has visited or helped him since the fire to contact us. Have you helped with transport, accommodation or funding?

“We would ask people to think of the family who have lost eight members – they are still grieving and it is only right that Shahid Mohammed is brought to justice for them, so they can try to move forward from this terrible tragedy.”