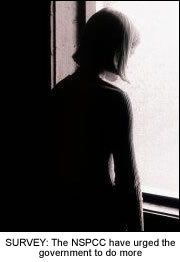 OVER two-thirds of British Asians will not report child abuse because of the negative impact it would have on the ‘honour’ of a child’s family, shock statistics by the NSPCC have revealed.
The survey undertaken by the children’s charity worryingly reveals how some sections of the Asian community are prepared to hide behind a wall of silence when it comes to child abuse.
Over half of the 500 respondents, who were drawn from the Indian, Pakistani and Bangladeshi communities also felt that reporting child abuse to the authorities would have a negative affect on their own or their family’s ‘honour’.
The respondents took part in face to face interviews and rated the sexual abuse of a child as having the most negative effect on family ‘honour’, followed by physical abuse then emotional abuse.
NSPCC Asian Helpline Manager, Saleha Islam said: “Child abuse happens in all communities and there is no evidence that it is greater amongst British Asians. However, cultural issues and the importance placed on family reputation could mean that it is being hidden away.
“‘Izzat’ means that family comes before the individual, but to keep children safe from abuse their interests must come first. We want to send out a message to the British Asian community that putting up a wall of silence will not protect children. It will only protect the abuser who will be free to abuse again.”
The survey also revealed that 37 per cent of the sample had suspected a child was being abused, and half of them knew the child personally. However, 42 per cent of those who suspected child abuse did nothing about their concerns.
Of those who did act, fewer than four per cent reported the abuse to the police and only three per cent reported it to social services.
The majority chose to deal with their concerns themselves, with a quarter confronting the alleged abuser, 24 per cent telling a member of the child’s family and 17 per cent speaking to the child who they suspected was being abused.
Respondents also felt unable to turn to their own community. Two-thirds said they did not think their community was open to talking about child abuse. This was reflected in the fact that only three per cent told a community leader, a religious leader or someone in a community organisation.
Saleha Islam continued: “We need to tackle the stigma and fear attached to seeking professional help for family problems otherwise British Asian children will be denied the protection on offer to other children in our society. Child protection professionals can help a family protect their child. Only in the most serious cases, when a child is not able to be protected by their family could they be removed from it.
“We would like to see the Government lead a public education campaign that will give the British Asian community the knowledge and confidence to overcome any barriers to reporting child abuse.
“The community must also take responsibility for changing any attitudes and beliefs that could be making their children vulnerable to abuse. We would like to see community representatives work more closely with the police, social services and other child protection professionals in forming child protection policies for their local area.
“It is also essential that child protection professionals who work with the Asian community take into account their cultural differences and help Asian families manage cultural issues, such as ‘izzat’, without compromising their children’s safety.”
The NSPCC recognises the needs of the Asian community and runs the UK’s only Asian Child Protection Helpline on 0800 096 7719. Its counsellors can take calls from adults and children in Bengali, Gujarati, Hindi, Punjabi and Urdu, as well as English. They can help callers overcome any cultural or language barriers so they can get the advice and support they need to keep children safe.