Win a copy of Gandhi 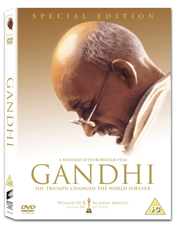