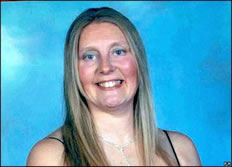 A man accused of killing policewoman Sharon Beshenivsky has pleaded guilty, it has been revealed.
Details of the plea made by Muzzaker Imtiaz Shah, 25 was made available after Mr Justice Andrew Smith lifted reporting restrictions.
Four other men, including one from Small Heath, Birmingham all deny murdering PC Beshenivsky who was shot dead outside a travel agents in Bradford last year.
The four other defendants, Yusuf Abdillh Jamma, 20, of Whitmore Road, Small Heath, Birmingham; Raza Ul-Haq Aslam, 25, of St Pancras Way, Kentish Town, north London; Faisal Razzaq, 25, and his 26-year-old brother Hassan, both of Sebert Road, Forest Gate, east London, all deny her murder.
38-year-old PC Beshenivsky was shot dead as she responded to a robbery at the Universal Express travel agent in Morley Street, Bradford in November last year. Her colleague PC Teresa Milburn was also shot.
Shah, who alone was charged with the attempted murder of PC Milburn, denies the charge.
Shah also entered two other guilty plea’s to firearms offences as well as pleading guilty to robbery and firearms offences at an earlier hearing at Leeds Crown Court in June.
Mr Justice Smith told the jury of seven women and five men who were sworn in on Monday: “We are starting a long trial today. It is a trial about a shooting in Bradford last November in which a police officer called Sharon Beshenivsky died, and her colleague Teresa Milburn was injured.
“Five defendants are to be tried and the charges include the murder of the one police officer and the attempted murder of the other. The prosecution estimate that the trial will last six to eight weeks.
“Of course, that is only an estimate but everyone will be doing their best to avoid it going longer than that.”
The trial is expected to start on Thursday.