MUSLIMS across the Midlands are being warned not to drink bottled Zam Zam water after tests on some brands revealed high levels of arsenic which could contribute to increasing people’s risk of cancer.
The warning, headed by the Food Standards Agency (FSA), has a particular importance now as Muslims across the region celebrate the month of Ramadan where demand for the water is high.
Genuine Zam Zam water, which is sacred to Muslims, comes from a specific source in Saudi Arabia and cannot legally be exported from that country for commercial sale.
A spokesperson from the FSA said the warning does not relate to the genuine Zam Zam water being brought into UK by returning pilgrims as an accompanied ‘personal import’, but warned any bottled Zam Zam water found in shops would have an uncertain origin and could pose a safety risk.
Tests carried out last year on the bottled water found the abnormally high levels of arsenic, as well as double the permitted level of nitrate, which although may not be a health risk to adults, could affect babies and children who are more sensitive to its effect on the blood’s ability to carry oxygen.
The FSA were made aware of the continued sale of the water this year after meetings with its Muslim Organisations Working Group.
A spokesperson for the Agency said tests carried out this year by Leicester City Council at the beginning of September found the same high levels of arsenic and nitrate, adding it was imperative the water should not be drunk.
“The FSA’s advice remains that people should not buy or drink commercially available brands of Zam Zam water and should inform their local authority environmental health or trading standards department if they come across Zam Zam water on sale”, the spokesperson said.
“Enforcement officers are empowered to carry out appropriate tests on these waters and also remove them from sale if necessary.”
The FSA warning was reiterated by Birmingham City Council who warned Muslims across the region to be vigilant after traders of the bottled water were found to be targeting businesses across the city.
Councillor Neil Eustace, Chair of the Public Protection Committee said: “We are advising consumers to be vigilant as traders are targeting shops in Birmingham.   If
you are concerned about any Zam Zam water you have, then please call 0121 303 9800 for advice and to submit it for testing”. 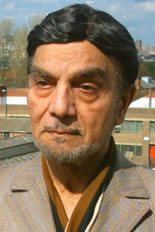 Dr Naseem, Chairman of Birmingham Central Mosque Trust Ltd added Muslims should not take the risk of drinking the bottled water.
“Any food and drink that may be detrimental to health should not consumed as the Quran is very clear towards instructing the believer not eat or drink impure or detrimental products that may adversely affect their health.
“I would encourage all to work with Environmental Health Officers and urge that unless this water has been bought from a returning journey from Umrah or Hajj that it is not used for consumption”.
He added: “The community may be drinking a lot of this water at this time of the year during Ramadan to break their fast and there is no requirement for this especially as this may be placing them and their families at risk”.
Zam Zam water is sacred to the Muslim community and is said to be the source of a life-giving water that can satisfy both hunger and thirst, and cure illness.
Millions of Pilgrims from Britain returning from Hajj or Umrah fill up their large water canisters through special taps and bring it back to the UK to distribute among relatives and friends and given to the ill.