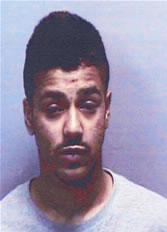 Two Leicester brothers who stole more than £18,000 from customers at the restaurant they worked to fund a lavish lifestyle have been convicted.
Abdul Salam, (22) and his brother Abdul Munim, (29) both of Queens Road in Loughborough worked at Spices Restaurant in Langham. They noted down the credit card details of more than 26 customers and used the information to buy £18,500 worth of goods.  They also tried unsuccessfully to obtain a further £31,500 worth of goods and credit.
Salam and Munim spent the money on online gambling websites, buying high tech electronic equipment, car insurance, mobile phones, car parts and airline tickets.
Both men pleaded guilty to conspiracy to defraud companies, banks and institutions at Leicester Crown Court and were both given a 12-month sentence suspended for 2 years.
A third man who appeared at court on August 21st had the charges against him laid on file.
Between November 2004 and March 2005 reports started coming into the police from members of the public whose credit and debit cards had been used 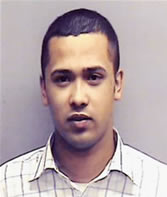 fraudulently. When officers looked into the incidents they discovered that a large number of the victims lived in Langham.
The link to the Spices restaurant was confirmed when officers examined bank statements of the victims.
Salam and Munim were arrested after police raided the restaurant.
Speaking after the sentencing PC Andy Hutchinson said, “This was a very complicated and difficult case to tackle. We had to sift through vast amounts of information before we could make any arrests. I am pleased that Salam and Munim have been convicted – the overwhelming amount of evidence put to the court left them with no choice but to plead guilty. We acted on behalf of the community of Langham, and others, whose trust was so greedily abused by people who were welcomed into the community and whose business was supported by the local residents.”
“During questioning the men tried to blame everything on a man they claimed was their lodger. He turned out to be a fictional character. When using the information to buy goods they pretended to be Doctors or Professors to add credibility to their identities. It was only the methodical piecing together of large amounts of evidence that has enabled us to put these men behind bars.”