Home Sports The Dream’s still on for Qasim 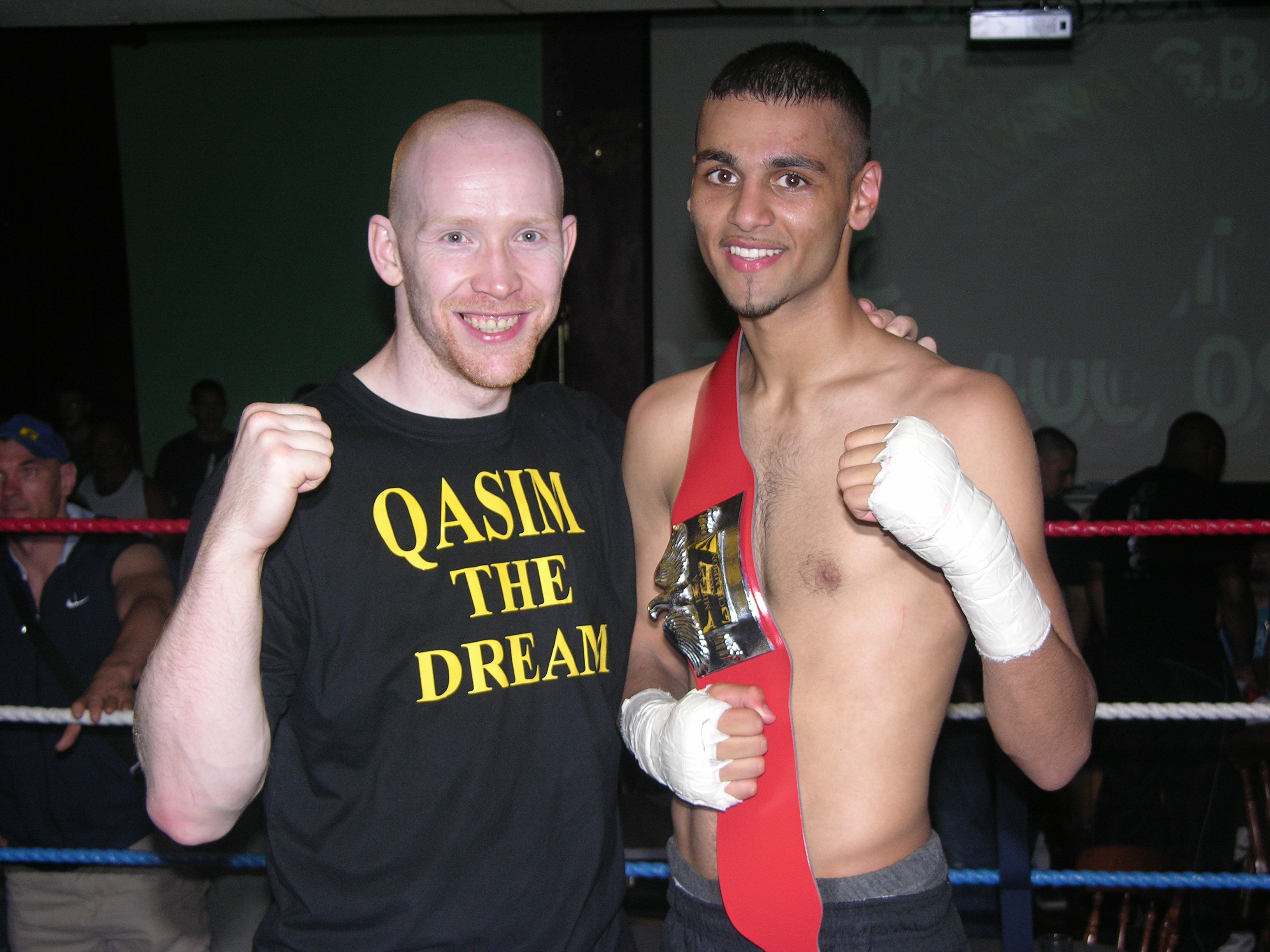 In June this year 17-year-old Birmingham Lightweight Kickboxing sensation Qasim ‘The Dream’ Nisar took another step in realising his dream of one day being crowned World professional full contact Champion.
After already capturing the Junior European Light Continuous title in Germany earlier in the year his sights this time were on contesting the ISKA Amateur Lightweight Full Contact Midland area Championship in what would be his first challenge for a full contact title belt.
His opponent 19-year-old Ricky Massey from Dudley’s Black Country Combat gym brought with him alot of experience which he had gained mainly at competing two weight divisions above the Lightweight limit. For this reason alone the unbeaten Nisar had trained hard in the gym and left nothing to chance in his preparation for the contest.
The Emerald club in Small Heath Birmingham was the venue and a packed crowed filled the arena in anticipation of seeing their local hero in action.
As Qasim made his way to the ring with his entourage you would have been forgiven in thinking that the room consisted solely of Qasim’s following of fans known aptly enough as ‘The USKA DREAM TEAM’.
The bout started with Qasim dictating the pace and controlling the action from the centre of the ring. Massey very wary of Qasim’s speed and skill seemed reluctant to commit knowing of Qasim’s reputation as being a very heavy hitter for his weight. Before this contest only one of Qasim’s previous 8 full contact opponents had gone the distance with him.
Nisar’s was hurting Massey’s body throughout the contest with heavy body kicks and by round three had put the Dudley fighter into a defensive shell more intent on just surviving rather than winning the contest.
Qasim flew through the gears knowing that he had his man where he wanted him and impressed the knowledgeable crowd with an excellent display of kickboxing skills.
Going into the fifth and final round of the bout it was all guns blazing from Qasim wanting to put the icing on the cake and sealing the victory in style.
Massey to his credit tried one last flurry of techniques trying to subdue Qasim’s attack but Qasim fighting fire with fire planted his feet to once again close the round and the fight strong.
No doubt about the decision as it was announced and to highlight Qasim’s stronghold it was revealed that he had indeed won every round on all three of the judges scorecards.
Very content with his nights work Qasim saluted his army of fans as he was awarded his ISKA Lightweight Midland Area championship belt.
Promoters MAGB ecstatic at the fighters performance have promised him an English National title shot at their next show in November providing he keeps winning to retain his position in the rankings.
Qasim’s coach Neil Kelly from the renowned USKA gym in Sparkhill Birmingham had this to say on his young charges performance and future plans.
“I couldn’t be prouder of the maturity in Qasim’s work tonight, He trains exceptionally hard and deserves all the success he is getting, even with all the pressure and media attention he is keeping his feet firmly on the ground. He is a level headed, down to earth kind of kid that i have no doubt is destined for great things within the sport if he continues on the path he is on”.