Home Desixpress BAAGHI 3: RONNIE IS BACK AND THIS TIME HE’S UP AGAINST A... 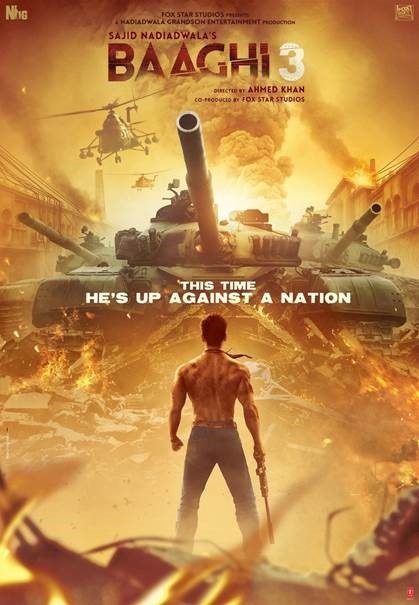 The wait is finally over and the makers of Baaghi 3 have finally released the explosive new trailer which is receiving rave reviews across social media.

Ronnie played by Tiger Shroff is back and this time he’s up against a nation to fight his greatest battle in order to rescue his brother Vikram played by Riteish Deshmukh. Tiger Shroff goes on a rampage of destruction to see his brother safe again and the high-octane trailer has got fans excited already. The film also features Shraddha Kapoor who plays the role of Ronnie’s love interest Siya who accompanies him to Syria on this deadly mission.

The Baaghi franchise is known for its mind blowing action and thriller sequences and the trailer suggests that fans are in for a treat with the third instalment releasing worldwide on the 6th of March, 2020.