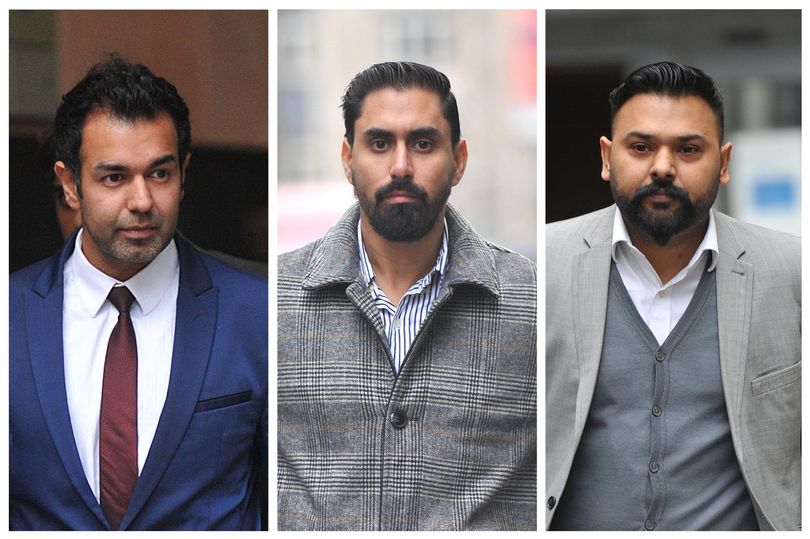 During his investigation he uncovered an attempted fix in the Bangladesh Premier League (BPL) towards the end of 2016 and an actual fix in the Pakistan Super League (PSL) in February 2017.

In both cases, an opening batsman in the Twenty20 tournaments had agreed to not score runs from the first two balls of an over in return for payment, Manchester Crown Court was told.

Pakistani cricketer Nasir Jamshaid, 33, who has represented his country more than 60 times, was said to be the target of bribery in the Bangladesh “two dot ball” plan. He then allegedly turned perpetrator as a go-between who encouraged other players to spot-fix at a PSL fixture in Dubai

Yousef Anwar, 36, from Slough – described as the ringleader – and Mohammed Ijaz, 34, from Sheffield, pleaded guilty on Monday to conspiracy to commit bribery.

Jamshaid, who lives in Walsall with his British doctor wife, is the sole defendant on trial as he denies being part of the conspiracy involved with the Dubai game between Islamabad United and Peshawar Zalmi on February 9.

Opening the case on Wednesday, prosecutor Andrew Thomas QC said: “Two no-scoring balls in a match may not seem a great deal. No doubt the players were willing to go along with it because the risk that it would make the difference between their team winning or losing was relatively slim.

“The fact the price for this fix was £30,000 shows just how significant it would be if tens and hundreds of thousands of pounds could be made through fraudulent bets.”

He told the jury that the case arose out of an investigation by the National Crime Agency, and the undercover operative was introduced to Anwar who was suspected of involvement in match-fixing in international cricket.

According to the prosecutor, when Khalid Latif’s bag was searched, a number of colored grips that were brought from the UK to Dubai by Anwar were found.

The statement by the prosecutor also validates the initial claims by the Pakistan Cricket Board (PCB) as their sources said they had prior information about the pre-decided signals for the fix.

The PCB had immediately suspended Latif, Sharjeel and Jamshed for their involvement in corruption.

Sharjeel, after denying the charge for two years, admitted earlier this year of his guilt and offered an apology. His two and half years of total five-year sentence were waived and he is now allowed to return to competitive cricket.

Both Latif and Jamshaid deny the charges.

The trial continues and is estimated to last up to three weeks.