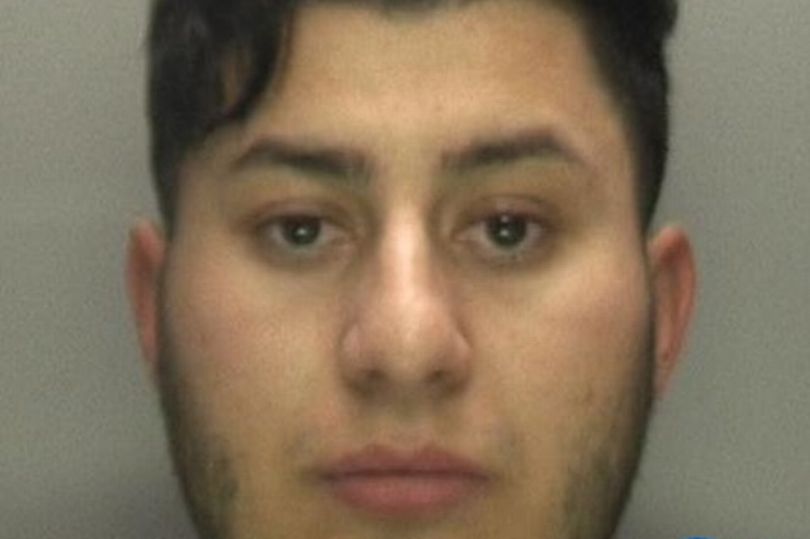 A man has been jailed for killing a woman after a hit-and-run as he tried to overtake a taxi outside a Sikh temple.

The driver Vrabian Antonescu was speeding down waterloo Road, Smethwick on October 3 last year, when he attempted to overtake a taxi, ploughing into the side of the Toyota Avensis, causing the driver to swerve into the victim Surinderjit Saund who was about to get into her parked car.

The 68-year-old was confirmed dead at the scene, despite the best efforts from paramedics.

Antonescu, 24, drove off in his Mercedes without having a tyre on a front wheel.

The damaged wheel left markings on the road, which allowed police to track him to a nearby street.

Antonescu was arrested in Marlborough Road just after 11pm. Further enquiries established he had been travelling at 40mph in a 30mph zone just before the collision.

Antonescu, of Gower Street, Wolverhampton,  pleaded guilty to causing death by dangerous driving yesterday, Monday, December 2, at the start of a planned trial. He was jailed for two years and ten months and given a three-year driving ban to start on his release.

Speaking after the sentencing, Det Sgt Paul Hughes, from West Midlands Police’s Serious Collision Investigation Unit, said: “This was a tragic case where Mrs Saund was sadly in the wrong place at the wrong time.

“It was the dangerous driving of Antonescu which caused the collision and the taxi driver was blameless in what happened.

“Antonescu drove off but we were able to quickly trace the car and him that same evening by following the markings his wheel left on the road.

“Our sympathies remain with the family of Mrs Saund and hope this custodial sentence will provide some solace.”