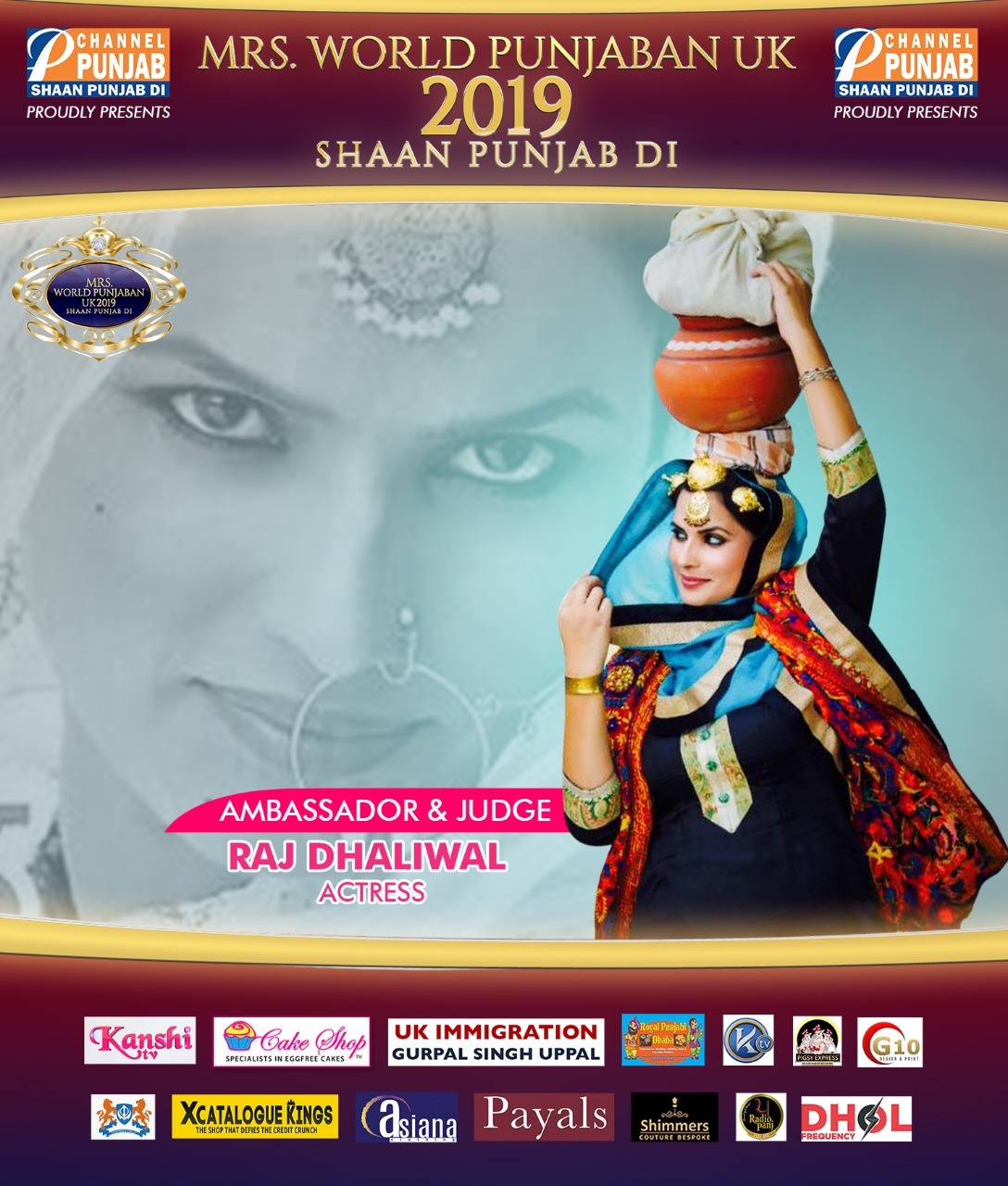 The auditions are done the ladies have been advised that they are now joining Channel Punjab for this amazing journey a journey which will make history.

Mrs World Punjaban started as a journey last year in Punjab, this concept is indeed unique it was then repeated in Dubai

The next stage of competition will be each person being given a task, these tasks will very much involved the family which they in turn will allow the contestants to demonstrate they are part of a family, a family who will support them, who will be there for them on this incredible journey, they will together make history

Each task will demonstrate the ability of every single contestant the entire experience will be unique and will become a reality show.  Channel Punjab is the only Punjabi channel to have such a concept

Channel Punjab is proud to announce its ambassador for the event Mrs Punjaban 2019 is Raj Dhaliwal,  Raj has a journey of her own an unthinkable chain of events which lead her to take the stage by storm. Raj Dhaliwal is the name on everyone’s lips, her personality allows her smile to light up her eyes, Raj is genuinely able to influence and bring about changes, allowing women to embrace equality.

Each judge will have a very very difficult tasks on their hands at the grand finale. They will judge the skills to communicate participate and lead. The contestant will then be shortlisted, six ladies from each of the two age categories and one from each group will be crowned Mrs World Punjab UK 2019, Shaan Punjab Di

Jasbir Singh Derewal, Director of Channel Punjab said ” I did not want to produce another beauty pageant I wanted the mother’s the daughters the sister’s the aunties to have a place where they could demonstrate that they too are very vital to the survival of today’s Society women often have so many different roles to play and we also often we forget that they are incredibly important not today but the influence they have on our future generations, that is why not only will we give the individuals a platform, but we will have a ‘reality show’ for our viewers. The tasks are well planned. We will use the social media platform professionally. I still value marriage as an institute therefore it makes perfect sense to have Mrs World Punjaban UK. This will become a worldwide initiative”

The concept is to celebrate the attributes and contribution of women, not just for the beauty but as individuals

For further details contact details on 07901 502508 or email channelpunjabtv@gmail.com