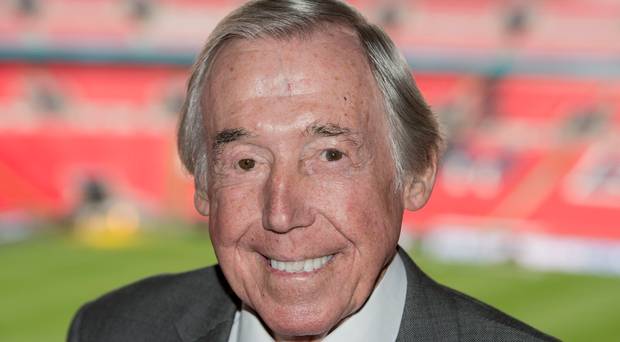 Gordon Banks England’s 1966 World Cup-winning goalkeeper has died aged 81. Considered as one of the game’s greatest in his position, Banks was named Fifa goalkeeper of the year six times and earned 73 caps for England. 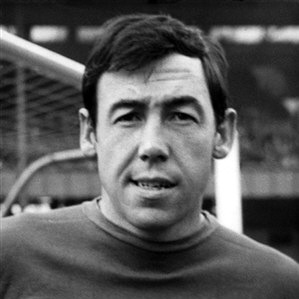 Banks is probably best known for his wonder save from Pele during the 1970 World Cup against Brazil.

Born in Sheffield, he won the League Cup with Stoke and Leicester, before retiring in 1973.

“It is with great sadness that we announce that Gordon passed away peacefully overnight,” his family said.

“We are devastated to lose him but we have so many happy memories and could not have been more proud of him.”

Sir Bobby Charlton, who was part of the team alongside Banks that won the World Cup in 1966, said: “Gordon was a fantastic goalkeeper, without doubt one of the best England has ever had.

“I was proud to call him a team-mate. Obviously we shared that great day in 1966 but it was more than that.

“Even though I was on the pitch and have seen it many times since, I still don’t know how he saved that header from Pele.”

Banks is the fourth player of the England team that started the 1966 World Cup final to have died, after Bobby Moore, Ray Wilson and Alan Ball.

Another of that XI, Sir Geoff Hurst, tweeted: “One of the very greatest. Thinking especially of Ursula, Julia, Wendy and Robert. Sad for football, Stoke City and for England fans.”

England and Manchester City forward Raheem Sterling was among the first to pay tribute, tweeting: “Of course there was that save, but it’s so much more we are mourning today. RIP Gordon Banks. England legend, your legacy will live on.”

Former England striker Gary Lineker said: “An absolute hero of mine, and countless others, England’s World Cup winner was one of the greatest goalkeepers of all time, and such a lovely, lovely man.”

“A World Cup winner, a legend. RIP Gordon Banks,” tweeted Leicester and England defender Harry Maguire, while Watford keeper Ben Foster said: “Had the pleasure of meeting you as an 18-year old-with my Dad, and him being completely star struck by you. Total gent. You will always be a member of the Goallys Union.”

Former England midfielder Alan Mullery played with Banks in the 1970 World Cup match against Brazil and described to 5 live the famous save that denied Pele.

“Jairzinho was flying down the wing, and he clips the ball to the far post, and Pele – who climbed to such a height better than anybody else – headed the ball and Gordon went from one post to another and he flicks the ball with his fingertips and it just goes over the crossbar,” he said.

“I patted him on his head, and I said ‘why didn’t you catch it?’ and the abuse that came back was unbelievable.

“He was the best at that time. We had some great goalkeepers in those days, and the only person I can think came near was Pat Jennings.

“He was an absolutely marvellous goalkeeper. He was a likable man, and when it came to business, he was probably the best there has ever been.”

Stoke chairman Peter Coates said Banks, who made 250 appearances for the club, had been “poorly for a number of weeks”.

He had told Radio 5 live: “He made his home in Stoke, and was very much part of the fabric of the club. You don’t get too many like him, and he was immensely modest for all his talent.

“He was England’s greatest goalkeeper when they had their finest hour.”

England manager Gareth Southgate paid his tributes, saying: “An all-time great for England, I was privileged enough to be in his company on a number of occasions.

“It was particularly special to be with him at a Football Writers’ tribute dinner last year and wish him well on his 80th birthday.

“Gordon spoke to the room about that incredible save from Pele and moments like that from his remarkable World Cup-winning career will continue to linger long in the memory.

“On behalf of everyone connected with England, I send my condolences to his wife Ursula, his family and friends.”

Banks had started his career at Chesterfield, before joining Leicester in 1959 for £7,000, and it was at the Foxes that he established himself as England’s number one, earning his first international cap in 1963 against Scotland.

He had played in every game of the 1966 World Cup campaign, concluding in the 4-2 victory over West Germany in the World Cup Final at Wembley. 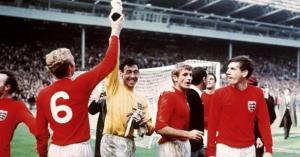