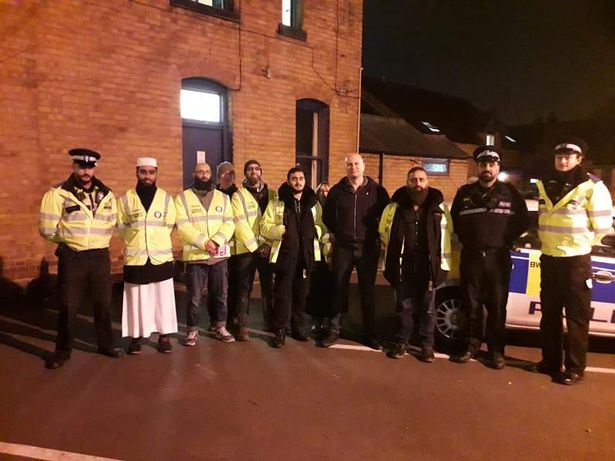 A community group is determined to stamp out Handsworth’s ’24/7′ prostitution. The sex workers of Soho Road are selling their bodies in what has become an all-day, everyday problem.

It is not them who should be ashamed, says Tariq Rashid – co-ordinator for Handsworth Community Action Group (HCAG).

Some of the women and girls have turned to a life of prostitution because they have been raped, stabbed or worse, he says.

And now working on Handsworth’s main drag, which sees thousands of commuters pass every day, they are reportedly ‘manhandled’, raped, robbed and forced into non-consensual gang sex.

Those are just a couple of the horrific tales Tariq and his team of 30 volunteers have heard as they offer support to sex workers trapped in a ‘vicious circle’.

“They’ve been stabbed, they’ve been raped and because of the world they’re into, they have no one to turn to.

“They’ll use the drugs, when they run out, come out on the road, go to the dealers, buy the drugs then they’re out again in a vicious circle that never ends. That’s the sad thing to see.

“It’s easy to label them, but who knows what their background is? Some of them have been in such harrowing situations that trying to get them off the drugs is a nightmare.

“I don’t want them to move away from Handsworth because that’s not resolving the situation. We need to take them off the streets and into a normal life.”

The group is in talks with outreach charities and homeless organisations to support.

Since starting the community initiative and spending 290 hours patrolling Handsworth’s streets, the volunteers have seen dozens of kerb crawlers in the act with prostitutes.

Part of Waverhill Park has become an area of drug and prostitution problem.

Tariq added: “You’ve got families living on Holiday Road. Can you imagine young children walking through the park and finding all these things?

“Imagine if your kid walked around and picked up something like that, what they could catch from the harmful substances left around.”

The park has become a common meeting place for kerb crawlers and sex workers, other men reportedly lure the vulnerable women back to addresses – where a whole gang of them lay in wait.

“Some of these people are using and abusing the girls, one guy will come out speak to a girl and take her back. And there’s about four, five guys waiting,” Mr Rashid added.

And it isn’t just prostitution which has the ‘challenging’ inner city area gripped.

Discarded knives, regular flytipping and drugs are just some of the separate issues the HCAG are battling.

“Handsworth is a challenge, believe it or not,” explains Mr Rashid.

“On the first day it just opened our eyes, we didn’t think the problem was that bad.

“Within the first 20 minutes, we had police with us, someone came running to us, someone had discarded a knife, not a kitchen knife but a weapon.

“Officers said if you guys hadn’t come out, we wouldn’t have patrolled this area. The knife was taken off the road.

“We’ve done 290 hours in the last two months and over that time we’ve got 190 issues. They range from kerb crawling and flytipping to drugs and vulnerable people.”

Tariq has pleaded with any residents who wish to make a difference in the community to come forward and volunteer.

His vision to fix up the area includes some 100 volunteers – an addition of 70 to his current team.

“If I had 100, I could run operations throughout the night, I could clear Handsworth within a month.

“I could get everybody involved, make more complaints, make sure our streets are clean, the word would be spread faster, we could run more street watch operations.

“We need more women too, we only have three ladies. We need more to come out with us and speak to the women.”

“We’ve been engaging with the women involved to educate and support them so that they can move away from that life.

“We’re working closely with other agencies, such as the Soho Business Improvement District, to divert women away from prostitution, which can leave them vulnerable to robbery and sexual assault.

“We recognise it leaves them vulnerable to robbery and sexual assault, and continue to work with them, while carrying out uniform and plain clothes patrols to tackle the issue.”