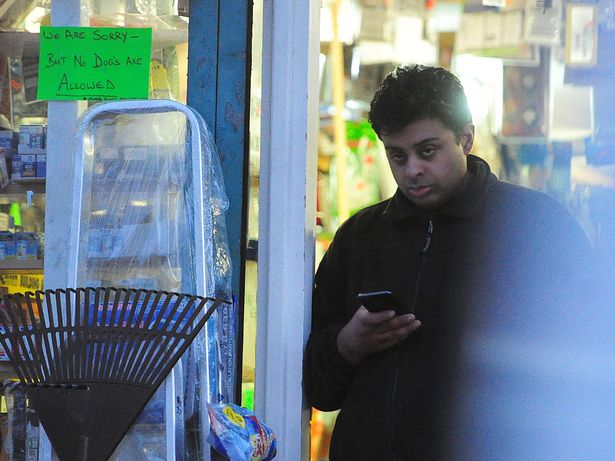 A Manchester shopkeeper has been banned from keeping his Alsatian guard dogs within half a mile of his property after they continued to disrupt neighbours’ sleep by barking through the night. Chaand Anjum, 31, who runs Mecca Convenience Store on Ayres Road in Old Trafford, must also pay fines and court costs of over £22,000.

Anjum was previously found guilty after a trial of five charges of breaching a noise abatement notice to keep his animals quiet.

Manchester magistrates heard during his sentencing how, over several years, Anjum has failed to keep his dogs quiet at night.

A neighbour, who didn’t want to be named, told the M.E.N after the case that he was ‘relieved’ by the sentence and ‘hopeful’ he could now get a good night’s sleep.

“Hopefully, me and the rest of the residents will sleep better,” he said.

Anjum has been given 21 days to remove his dogs from his property on Ayres Road.

Prosecutor Philip Robson told the court at the sentencing hearing: “In my submission, this falls somewhere between reckless and deliberate.

“This was ongoing for an extended period of time…He has an action plan with the council that was ignored. The dogs continued to have an impact on resident’s human health and their quality of life.”

Anjum, who represented himself in court, did not speak as his sentence was read out.

In a statement, read to the magistrates by the prosecution, “The council has had a barrister and a solicitor at every trial but I haven’t been represented, hardly what you would call fair. I have lodged an appeal and I do not accept the sentence given and will lodge an appeal in any event.”

Outside the court, Anjum’s friend said they had ‘substantial evidence’ that the council was wrong and would appeal the sentence.