Home Features Tea room and patisserie to be opened in Grand Central by a... 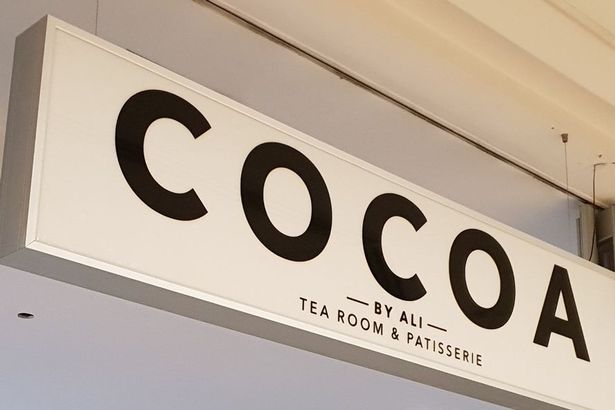 A Great British Bake Off contestant is introducing a new tearoom and patisserie in Grand Central shopping centre, Birmingham City Centre, the shop will open at noon on Monday, August 6.

Cocoa by Ali has been founded by Ali Imdad, who starred in the 2013 series of the hit show and then the Christmas special. The business is owned by Safraaz Mukadam ‘working in collaboration with Ali Imdad’ and will be based in Grand Central’s long-closed former Francesca unit, next door to Yakinor i.

Following getting through to Great British Bake Off series, Ali, who is from Saltley, set up the Artisan dessert parlour on the Ladypool Road in Sparkhill.

Around two years ago he opened a pop-up chocolate patisserie in the Bullring that ran for six weeks nearby to Debenhams and Caffè Nero.

“My new cafe will have tables and chairs for people to grab a cake or tart with a coffee and relax in peace,” says Ali.

“The overall look has a feminine charm, inspired by 1920s’ Art Deco as well as the British Summer.

“The menu will be high-end pastry, tarts, cakes, mousses, macarons and eclairs, all baked in-house.

“We will also have our afternoon tea that was a sell-out success in the pop-up.

“At £19.95 per person, you will get a selection of sandwiches (halal, vegetarian options available), homemade scones, selections of jams and clotted cream, and our speciality petit fours that look divine and taste even better.”

Cocoa by Ali will also serve a selection of savoury dishes including filled bagels, hot deep-filled pies and Japanese-style sandwiches as well as taking orders for wedding cake and celebration cake orders too.