Home Latest Two injured in a Hit and Run Outside Mosque 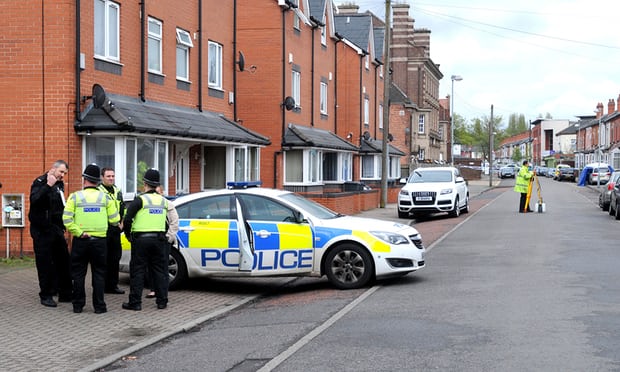 Police are investigating a hit and run collison in which two men were injured as they stood outside a Birmingham mosque on Friday 27 April.

A car drove at the pair on the pavement outside the Shah Jalal Mosque in Ettington Road, Aston , at around 2.15pm

Police have said that although they are still looking for a motive they have ruled out terrorism.

A father of one of the youths revealed the horrifying moment he found his son lying covered in blood in the road.

Mohammed Gabru Miah said he had “no idea” why anyone would want to harm his 17-year-old son, Mohammed Ali Miah.

“He left prayers before me and I was still inside when someone came up to me and said, ‘your son’s been involved in an accident’,” he said.

“I went out and saw him lying on the pavement covered in blood with paramedics tending to him.”

Mr Miah said his son was taken to hospital and while he was being treated, police were asking him if he had any idea why his son would be run over.

“They told me they’d started an investigation, and did I have any idea at all why this had happened,” he said.

“I told them I didn’t know anything because I was still inside the mosque when it happened.

“I also told them I couldn’t understand why anyone would do this deliberately because my son is a good boy and has never been in trouble.”

Mr Miah, who stood as a candidate for Labour in the Birmingham City Council elections in 2015, said his son had started an A level course at Joseph Chamberlain College but had dropped out.

He now spent his days either at home, or out playing football with his friends, his dad said.

Mr Miah said Mohammed suffered multiple injuries to his head, shoulder and knee and a fracture to his face.

“He is stable and none of the injuries are life-threatening, and he is now sitting up in bed and is expected to stay in hospital for a few more days yet,” he said.

Police said on Saturday that they believe it was a “targeted attack” and are trying to trace the silver-coloured car which hit them.

Det Sgt Adam Williams, from Force CID, said: “We are still trying to establish the motive for the attack and we are looking at CCTV opportunities from the surrounding area.

“I’d really like to hear from anyone who has any information or CCTV of the incident or who may have dash cam footage.”

Police are also examining CCTV recordings in the area, and are appealing for dashcam footage.