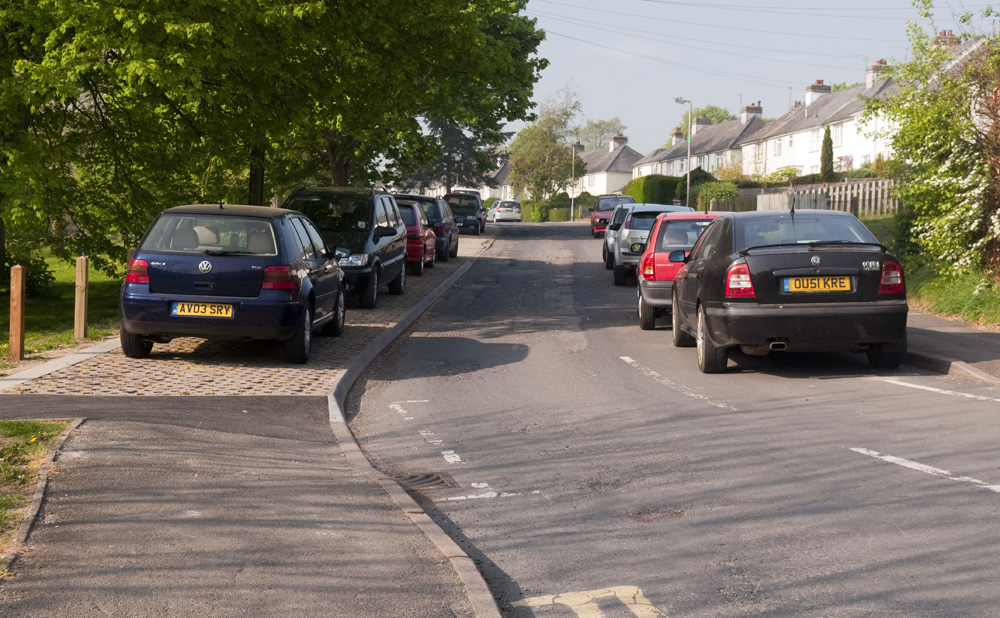 The Department for Transport are considering new laws to prevent cars parking on pavements.

This will allow local councils to make it illegal to park on the kerb without explicit permission.

Currently there no law outside London against parking on a pavement.

In London, councils have been fining pavement parking drivers for 40 years.

Motorists are banned from leaving their cars on kerbs unless a London borough has given them permission to.

Rule 22 of the Highway Code says: “You must not park partially or wholly on the pavement in London and should not do so elsewhere unless signs permit it.

The LGA is calling for the rest of England and Wales to follow suit.

In busy terraced streets there a lot of motorists who are tempted to park their cars on kerbs to leave enough room for traffic to pass on the road, but this can cause problems for pedestrians.

Pushing a pram round a parked car and into the road has obvious dangers, while blind people will not always be able to tell if their pathway is blocked by a vehicle.

He said: “Pavement parking and damaged pavements is one of the biggest complaints from pedestrians. In addition, repairing kerbs, verges and pavements damaged by pavement parking is expensive at a time when councils continue to face huge funding pressures as a result of further cuts to funding from government.

“The money spent on this would be better used to plug the £12 billion roads repair bill we currently face as a nation.

“Councils would carefully consult with communities before banning pavement parking and this is done sparingly in response to concerns which they have raised. This will enable them to better protect vulnerable pedestrians and provide a more consistent approach for all road users.”

Amanda Stretton, motoring editor at Confused.com says: “The introduction of yet more parking fines will undoubtedly see some resentment from drivers as they could face a £70 charge for pavement parking. Our own research shows that the average driver already racks up almost £10,000 worth of parking charges and fines over a 25-year period.

“It’s incredibly important that the street-sides are clear to prevent any obstacles for pedestrians, but councils must recognise that parking is already a struggle for most drivers due to the lack of available spaces and existing restrictions.

“To avoid additional unnecessary charges, drivers should ensure they leave enough time to find an adequate parking space where they can be sure they won’t return to a ticket.”