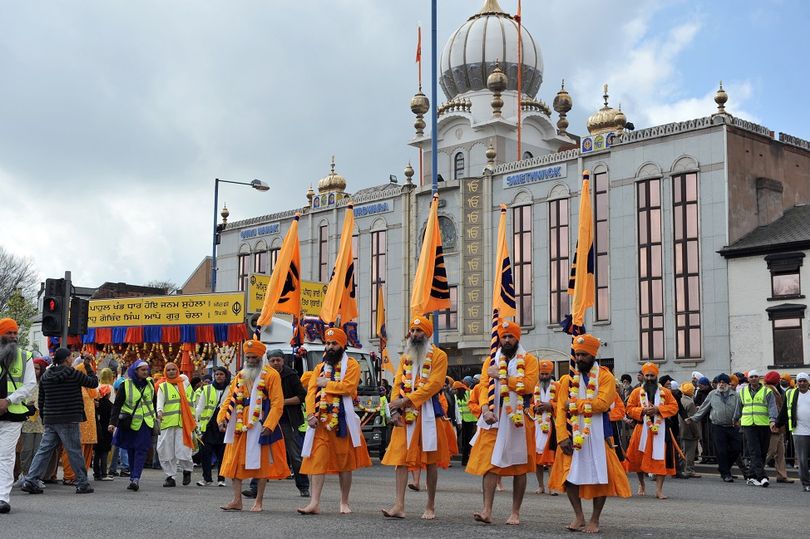 A new listing of England’s most important faith building features Europe’s largest Gurdwara features alongside iconic locations such as Stonehenge and Canterbury Cathedral.

Guru Nanak Gurdwara, in Smethwick, has been chosen alongside nine other places of faith to feature in A History of England in 100 Places which is being run by campaign body Historic England.

A citation by Historic England said the Gurdwara, which was built in the 1990s, housed one of the largest congregations in the UK and was the biggest in Europe.

“It continues to expand with Smethwick’s growing Sikh population,” it added.

“Community is at the heart of the Sikh faith and Gurdwaras are a focal point for communities to come together and get closer to God.”

The faith and belief category was judged by Reverend David Ison, dean of St Paul’s Cathedral in London, and narrowed down dozens of nominations from members of the public into a final ten.

Rev Ison said: “Sikh communities are an important and valued part of our social fabric.

“This particular Gurdwara shows the geographical spread of different faiths in our country and represents how different communities and cultures come together to enrich British society.”

Historic England’s chief executive Duncan Wilson said: “The history of faith and belief in England is rich and complex.

“These ten places can teach us so much about our collective identity.

“They tell us about dissent, conflict, tolerance and kinship between believers, as well as how the practice of faith has influenced and been influenced by the landscape.

“They show how England has a long history of people from different faiths leaving their mark in a legacy of special buildings and places which still make a strong spiritual connection today.”