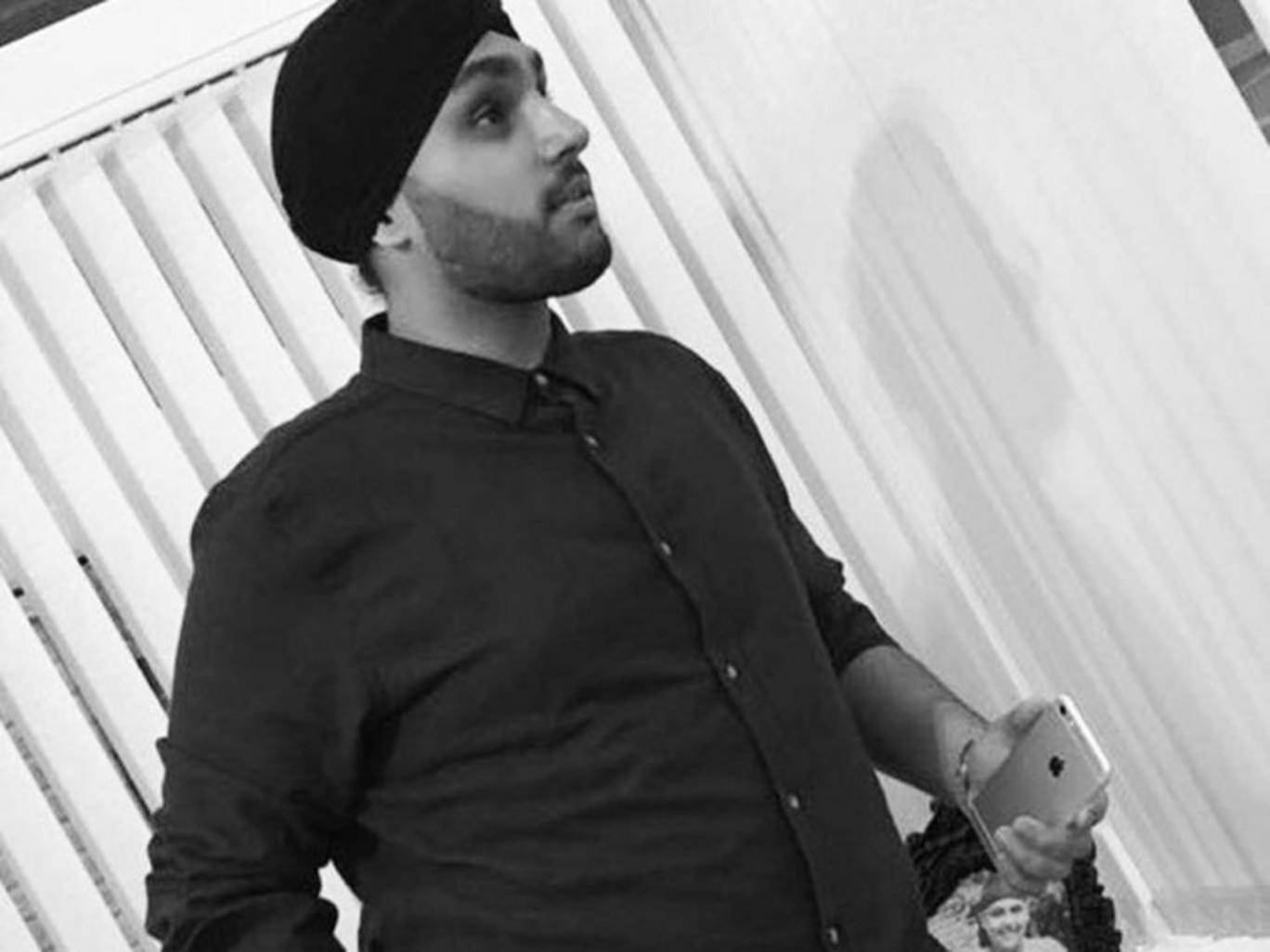 A Sikh student Amrik Singh, 22 was told to leave a bar in Nottingham because he was wearing a turban.

The student recorded his conversation with staff at Rush Late Bar on Friday because he refused to remove his religious headwear.

Amrick said that his turban is a religious requirement, he was told: “I didn’t think you were allowed to come in a pub and drink anyway.”

Amrick was in the bar with his friends to celebrate completion of a module on his course before the bouncer approached him.

Amrick said: ‘I had finished a module on my course and some people I used to work with at the solicitors said I should come up to Mansfield to celebrate.

‘We decided to go out for some drinks and ended up in Rush Late Bar which was all fine, about half an hour into being there I got a tap on my shoulder and a bouncer just said to me ‘take it off’.

‘I was confused at first and then he said that I wasn’t allowed to wear headgear in the venue and I shouldn’t have been let in.

‘I explained that a turban isn’t just headgear, but part of my religion and that it protected my hair – and that I was allowed to wear a turban in public.

‘The bouncer ignored this and said I needed to take it off. I refused and was subsequently dragged away from my friends, which was humiliating and I felt victimised.’

Mr Singh said he decided to film the incident after seeing a similar incident recently where a student at Nottingham Trent filmed racist chanting outside her door.

He said: ‘I knew that if I recorded it I could prove it happened and seeing how other recent stories have become high profile though social media I knew that I couldn’t just let this discrimination go ahead.

‘The worst part of it was the fact he compared my turban to wearing a pair of trainers.’

The bar released a statement on Saturday saying the door supervisor involved had been suspended and a thorough investigation launched.

“I was today removed from a venue because I was wearing a turban.

“Whilst drinking a glass of coke, I was removed from a venue called Rush in Mansfield, Notts.

“The fact that I was being removed because of my religious views really upset me.

“My ancestors have fought for the British Army previously.

“Furthermore, me and my parents were born in Britain and all uphold British values.

“I was eventually let back into the venue but was told that I would not be allowed back in in the future because of my headwear.

This experience ruined my night.

“I’ve received thousands of supportive messages from people from all backgrounds and countries which I am truly grateful for.” Sonya Ward, leader of Mansfield District Council Labour group, called the actions of the bar staff “appalling”.

She tweeted: “This is appalling.

“I wrote to Rush Late Bar as soon as I heard about it, they have responded: ‘Good morning, this is absolutely NOT our policy.

“’We are investigating this incident & the security member in question has been suspended’”.