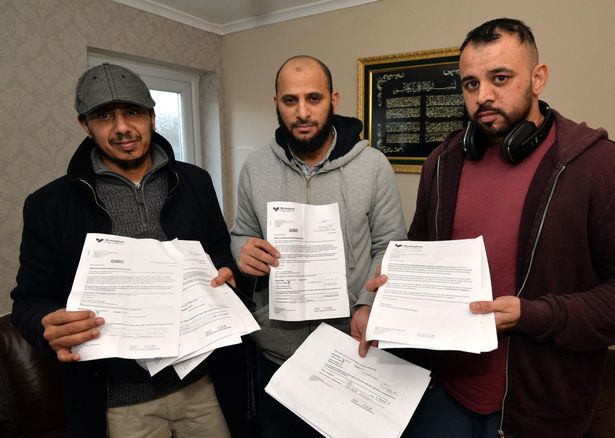 A total of 25 Year Six pupils were told they had secured place at Ark St Alban’s Academy in Highgate, a co-ed secondary school rated ‘outstanding’ by Ofsted, but were parents were then contacted 24 hours later to be told there had been a mix-up.

The children were instead offered places at schools including Ark Boulton Academy, Swanshurst School and City Academy.

Parent Najla al Dhaheri whose son Abdullah was initially offered a place at Ark St Alban’s said “I was really chuffed when I got the offer letter and then the next day that’s when we got the bad news”.

“We all received letters saying they weren’t actually accepted. We’ve got kids crying.

“Our next door neighbour got into the school but not my child.

“My son’s cousin was accepted – but she lives further away than we do from the school.

“Instead we’ve been offered Ark Boulton.

“I have to take my son there, and I have two daughters in primary school who have to be taken at the same time.

“My husband is ill and I have to look after him as well – how am I meant to be in three places at once?”

Jaweria Siddiqi, whose daughter Imaan was wrongly offered a place, hosted a meeting of parents of 14 of the 25 children to discuss the error.

“I really liked it when we got the offer for Ark St Alban’s and we wrote back accepting it”, said Ms Siddiqi.

“But then they said they would withdraw the offer and give me a place at somewhere I didn’t even list as one of my choices – City Academy.

“I had a phone call from a man at the council trying to convince me to accept the place.

“I said no. I said my daughter was happy with Ark St Alban’s and she was going to go there – she was offered a place.

“My second choice was University of Birmingham School.

“If they wanted to refuse my application, they should have given me a place there.

“My daughter really doesn’t want to go to City Academy, we didn’t even attend the open evening.”

The council blamed the fault on “an error while assessing whether children met its admission criteria”.

It wrote to the affected families apologising for the mistake “at what we know is an anxious time for parents”.

A council spokesman said: “Our school admissions team has processed more than 16,000 secondary applications this year, but unfortunately a very small number of children were wrongly offered a place at Ark St Alban’s Academy due to an error while assessing whether they met its admission criteria.

“As soon as we became aware, we contacted all parents affected to apologise for the mistake and have ensured that their children were offered a new school place and added to Ark St Alban’s waiting list.

“If any parent is unhappy with an offer then they are entitled to appeal.”