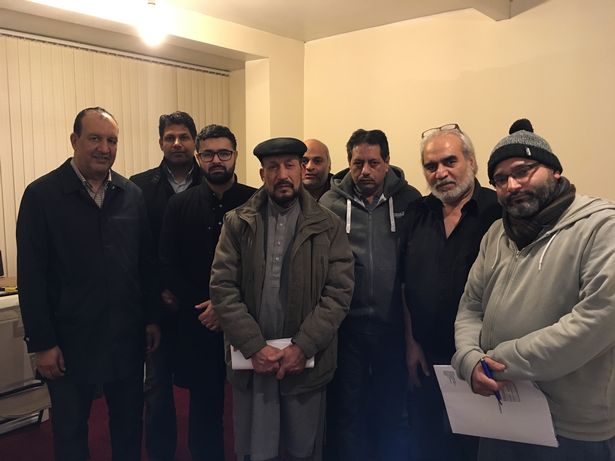 The Government will be seizing 12 homes under compulsory purchase orders this means it is legal order to buy land or property against the wishes of the home owners on May 1 for the HS2 maintenance depot.

Owners of these homes are saying the compensation they have been offered is not enough to buy a similar property.

The amount that has been offered is between £110,000 to £140,000 for their three-bedroom homes and the residents want HS2 to up the offer or give them similar sized homes nearby so this does not affect children who are attending school close by they wish to remain close by to family in the area.

The houses are in a row which is at the end of the street, divided from the rest of the street and on the edge of the former industrial site which is to become home to the HS2 train maintenance depot.

HS2 says it is offering a market rate for the homes.

Shalinder Diwan said: “They money they are offering is not enough, it’s not reasonable. The problem is finding dentists, doctors, most of have little kids at local schools, local shops and prayer facilities. It is very difficult for us, we are getting nervous. Even if we have to set up a tent outside and take them to a tribunal, we will take them.”

Yasser Kahn said there is a difference in valuation between HS2’s and the residents’ surveyors. He said the letter had come out of the blue. “The first time in writing we were told they were taking the properties on 1 May was last week. Before that it was ifs and maybe.”

Prevez Akhtar added: “I’ve had this property since 1987. We’ve been looking for nearly two years and we have found nothing with what they are offering. I’ve said to them you can give us a like for like property and I’m not interested in compensation or on the market I can’t see anything for less than £150,000 so that’s what I’m looking for.”

Their local councillor Majid Mahmood is taking up the case and calling on the company to listen to the homeowners.

He said: “It’s bullyboy tactics by HS2. All the residents want is a fair price for their properties so they can purchase properties in the vicinity, in Ward End.”

“I’m asking for an extension of the period. or for HS2 to buy suitable properties and do a house swap.”

He pointed out that some residents are at an age where they will not get mortgages.

“HS2 can pay their chief executive hundreds of thousands of pounds, I am sure they could properly compensate these residents.”

A spokesman for HS2 Ltd said: “We recognise that every situation is unique. That’s why we set up a series of compensation and discretionary assistance schemes to help give landowners affected by the project the chance to sell their properties at their full unblighted market value, well ahead of the start of construction. We are continuing this process with various property owners on Common Lane who we have been attempting engagement with for over a year.

“HS2 will rebalance the economy by connecting eight out of our ten biggest cities, increase rail capacity on the current system and reduce journey times, while also creating thousands of jobs across the UK. Birmingham will sit at the heart of this new high-speed network”.