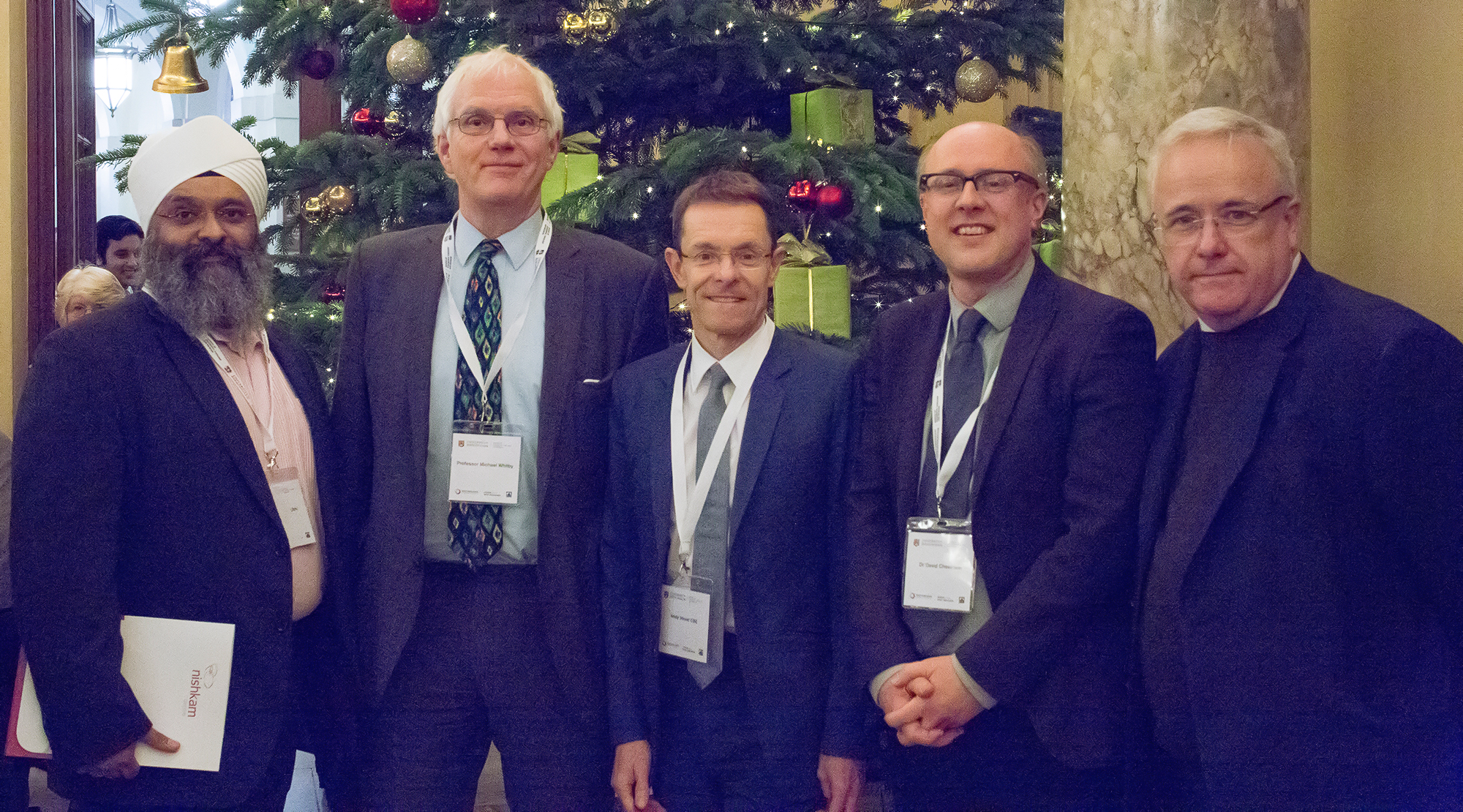 Faith representatives from across the region attended a landmark conference organised by Mayor of the West Midlands Andy Street and the University of Birmingham to examine ways of tackling social problems.

Homelessness, hate crime, leadership and the economy were on the agenda for more than 450 people attending the Mayor and Faith Conference: Faith in the West Midlands in the university’s Great Hall on Monday (Nov 27).

The Mayor, working with a faith-based steering group, organised the conference to help him begin shaping priorities and ways of working with different groups affected by the issues.

A framework of proposals aimed at tackling the themes and drawing on ideas discussed by delegates will now be prepared by the Mayor’s office for the New Year.

He also announced his support for the University of Birmingham’s Edward Cadbury Centre to research best international mayoral practice on working with faith communities, and to work with the centre to secure funding for a study of the social, economic and other benefits contributed by faith communities to the West Midlands.

Mr Street said: “I was delighted to see so many people, and it says much that we could have filled the Great Hall twice over with those that wanted to attend but could not because we were full.

“Faith communities and associated charities form one of the greatest sources of strength, vitality and resilience in our community.

“The message I have received loud and clear from this conference is that the interests of that community is at the forefront of all that they do.

“My job now is to progress what has been discussed into ways of moving forward in these areas.”

Prime Minister Theresa May tweeted her support for the event.

In it she said: “The Faith Community is a source of vitality and strength in our society. That’s why @andy4wm has called a landmark faith conference today in Birmingham. By working together I know we can deliver a happier, healthier and more prosperous West Midlands #FaithWM.”

Presentations were given on these areas by Stephen Philpott of homeless charity St Basil’s, Anita Bhalla OBE, who is chair of the Mayor’s Leadership Commission, David Jamieson, the Police and Crime Commissioner for the West Midlands, and Bishop of Birmingham the Right Reverend David Urquhart.

The event also saw Mr Street announce a Mayor and Cohesion prize, designed to celebrate the best projects involved in cross-community working and which will be unveiled next summer.

The conference was one of 10 pledges the Mayor promised to undertake following his election in May this year.

Co-chairs of the group, appointed by Mr Street, are Francis Davis, Professor of Communities and Public Policy at the University of Birmingham, and Amrick Singh Ubhi, chair of the Council of Sikh Gurdwaras in Birmingham and director of the Nishkam Centre, a Sikh faith-led organisation working for the wellbeing of all communities, based in Handsworth, Birmingham.

Prof Davis said: “Holding the West Midlands first Faith Summit is a fantastic start, I am delighted the Mayor has invited us to work with him to research best practice for mayors working with faith communities. This will be international in scope.

“The Mayor also committed to working with the University of Birmingham to establish a research initiative quantifying the economic and social and other contributions of the faith sector to the Midlands.

“We are all excited at the university that the Mayor wants to work with us on joint programmes of research going forward.”

Amrick Singh Ubhi: “It has been an honour to be involved in helping steer this unique conference to fruition.

“We want everyone who is able to, to participate in the regeneration, renewal and restoration of the West Midlands, irrespective of their faith, community, tradition or culture.

“We are all one big family and this is an opportunity to show that and come together to make this work.”