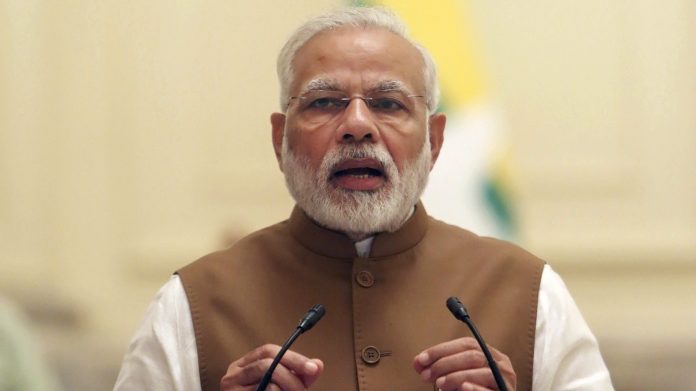 India’s Prime Minister Narendra Modi has announced the launching of a 16bn rupee scheme ($2.5bn; £1.8bn) to electrify all households by December 2018.

More than 40 million families in rural and urban India – roughly a quarter of the population – will be covered by the “Saubhagya scheme”, will largely be funded by the federal government.

The government also aims to provide free electricity to poor families identified by them based on socio-economic data.

“Rs 16,000 crore will be spent to bring a monumental change in the lives of the poor,” the PM said.

Currently, of India’s 1.3 billion people, about 300 million are still not connected to the electricity distribution grid.

Although the households to be covered by the new scheme are spread across the country, it primarily targets rural India where electrification rates are much lower.

Across the country, millions of rural Indians still rely on lamps fuelled by kerosene, which posts a huge health and environmental hazard and restricting its use would further India’s ambitious climate goal to cut emissions.

In July 2015, the federal government launched an electrification programme, under which thousands of villages were connected to the grid.

However, under the new Saubhagya scheme, individual households will be targeted rather than villages.

This is because a village is declared as electrified if 10% of households, schools, health centres and government offices have access to electricity.

The government has said it will distribute solar packs (comprising LED lights, a fan and a plug) and a battery bank to households in villages in more remote, often inaccessible areas.

Such a scheme will also expand the consumer base of state-owned power distribution companies that are struggling with debt and poor demand, according to experts.