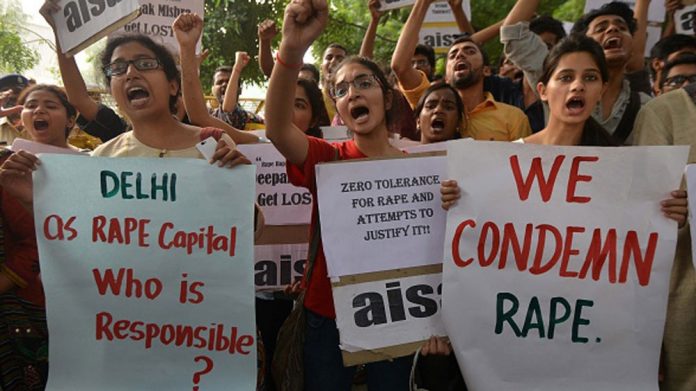 Two men who were accused of gang-raping a woman have allegedly attacked her with acid after being released on bail.

According to police, the woman accuses the two men, plus a third unidentified person, of throwing acid on her on Monday after she refused to withdraw her rape case against them.

Three people were held in the case in which the woman was raped in Fatehgarh city of the northern Indian state of Uttar Pradesh in May. One is currently still in jail.

Police have launched a manhunt to re-arrest the two accused out on bail.

Reportedly the attack took place as the woman was returning from court where she was preparing to contest the bail that had been granted to the two accused.

The woman alleges that the attackers took her to a secluded spot and demanded she withdrew the rape case, according to Superintendent of Police Daya Nand Misra.

“She has complained that they threw acid on her face after she refused to agree,” he said.

She is now being treated at a local hospital after suffering burns on her face and body.