Home Features A Look At A Traditional Christian Wedding Ceremony 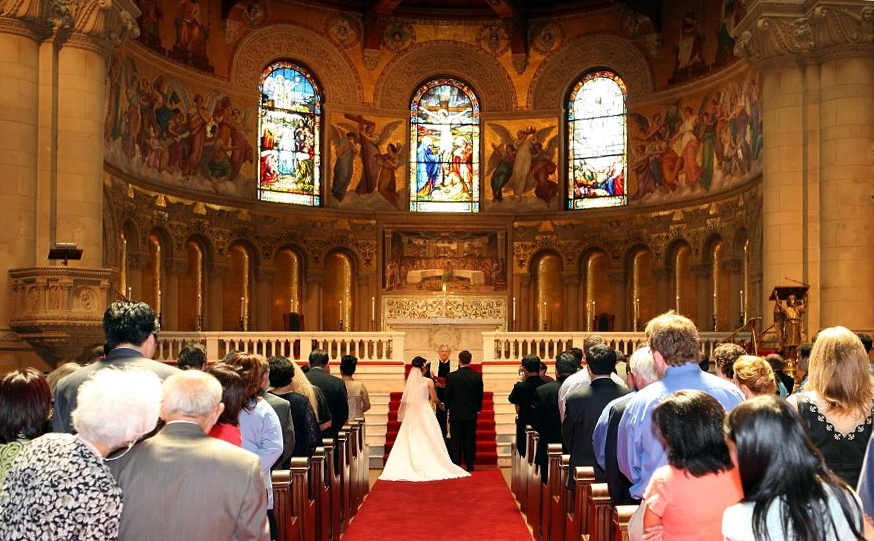 There are many branches and denominations of Christianity and as such wedding ceremonies have some differences between them. Chances are that you have come across a traditional Christian wedding in the UK, whether it be through a television show, a film, or perhaps even through attending one yourself.

Most likely the wedding ceremony you saw will be an example of the Church of England, the Mother Church of the international Anglican Communion. In this article we’ll be taking a look at the events and rituals that take place at one of these ceremonies.

Marriages in this country take place in Churches as being in the presence of God is seen as adding the assurance that God cares about the wedding and that his strength and resources are available to you throughout the marriage. The ceremony will be officiated by the vicar of the Church. The bride and groom must both have a connection to the Church to be able to be hold their ceremony there. The factors considered for eligibility vary from Church to Church but generally the couple or the parents of the couple must have been members of the Church and/or have attended services for six months or more.

The groom’s parents will enter next and sit on their respective side followed by the mother of the bride who will join her daughter’s grandparents on the left.

The men will normally enter from an alternative side entrance and will take their place at the front next, including the officiant, the groom and his best man and groomsmen.

The bridesmaids walk the aisle 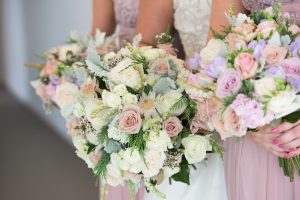 next with the maid of honour entering last.

The vicar will invite the congregation to rise for the entrance of the bride who will walk the aisle, escorted by her father, or whomever she elects to give her away, and she will stand beside her groom.

To begin the ceremony, the officiant will declare the reason for the gathering and ask for the one who is giving the bride away to the groom. The father of the bride, or whomever is to give her away, will step forward and signal his intent. He may place his daughter’s hand in the hand of the groom or perhaps the vicar, or maybe acknowledge the vicar and shake the hand of his new son-in-law.

The vicar may read excerpts from the Holy Bible, the Christian scripture, and deliver messages related to the sanctity of marriage. The couple will then face each other and will go through their vows. Vows may be written by the bride and groom themselves or they may elect to simply the repeat the words of the officiant.

Typically the vows are words which you find familiar;

“To have and to hold,
from this day forward;
for better, for worse,
for richer, for poorer,
in sickness and in health,
to love and to cherish,
till death do us part.”

The moment for the ringbearer comes next as he passes the ring on the groom. As he places the ring on the finger of his bride, he will again proclaim his promise of commitment to his wife before she does the same for him with a ring of her own. 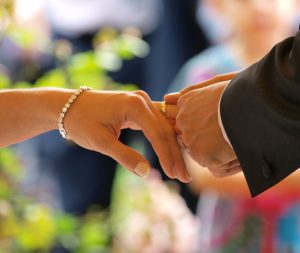 A candle of unity may well be lit, depending on arrangements, by the couple but following the ring exchange, typically the vicar will make the proclamation that the two are now husband and wife. The husband will be invited to kiss his wife before the couple face to be acknowledged by a rising crowd.

Prayers may be said at this time as well as the possible reading of sermons by the vicar or any other elected reader but again, this is dependent on the wishes of the couple for their ceremony.

At this time the ceremony is ended, the recessional takes place with the families leaving in reverse order to their entrance and the couple leave as, indeed, husband and wife.