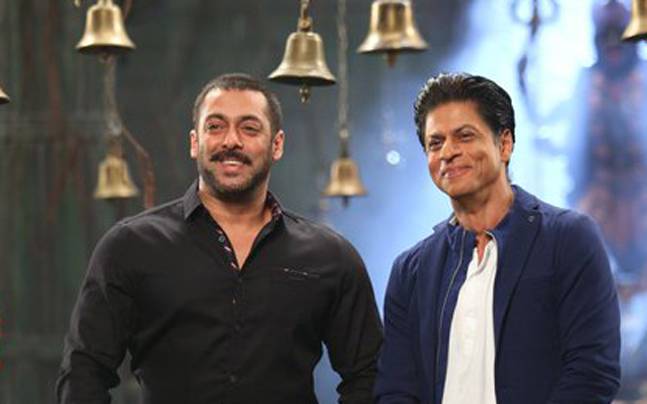 What did you get your BFF for their last birthday? A watch? Some gig tickets? Certainly not a luxury car. However that’s just what Shah Rukh Khan gifted his foe-turned-friend Salman Khan.

Although it is unknown what make and model the car, we can be sure it was at least sporting a hefty price tag. The gift was given as a way for Shah Rukh Khan to express his thanks for his actor friend for allowing him to star in the upcoming Anand L Rai film.

Salman Khan had previously stated he wasn’t keen on featuring cameos in his movies but would make an exception for Bollywood’s biggest name, Shah Rukh Khan. SRK is expected to play the role of a dwarf and will feature in a song for the upcoming comedy.

“When Salman Khan came to shoot for the song, Shah Rukh surprised him by gifting him a brand new, luxurious car. The car is newly launched and no one owns this mean machine currently. Salman was shocked as he wasn’t expecting this at all.

“But because he had managed his dates and agreed to shoot for the song on such a short notice, SRK wanted to gift him something to show his love and appreciation.”

SRK also featured in Tubelight. In a recent interview, Salman said, “When I called him and I told him that there is a small role in Tubelight which I would like you to do it, before completing my sentence, Shahrukh said, ‘I will do it’. That’s how he made his entry into the movie.”