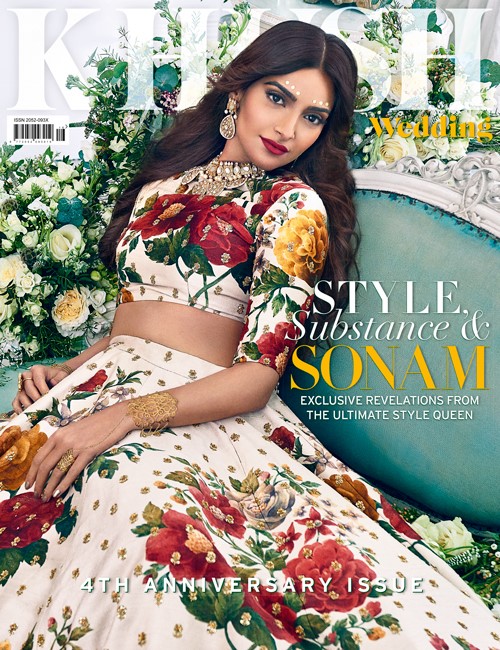 One of UK’s leading Asian bridal fashion publications, Khush Wedding magazine, unveiled its 4th Anniversary Issue in London, featuring leading Bollywood actress and style icon, Sonam Kapoor, on its front cover. Award-winning restaurant, Darbaar, provided the backdrop for the launch, at which the magazine issue was, unveiled to a guest list of London’s celebrity influencers, media personalities, designers and models.

Themed an Indian rose transported into a quintessential English garden, hair and make up was created by beauty veteran and renowned bridal artist, Gini Bhogal. In keeping with the theme, award winning, celebrity florist, Larry Walshe, further added his artistic vision to the shoot.

Sonia Ullah, Editor-in-chief, Khush Wedding, “Sonam is young, stylish and full of light. She’s one of India’s brightest stars, who resonates with British Asians. Who better than the quintessential fashionista Sonam Kapoor to grace our anniversary cover.”

Launched in April 2013, Khush Wedding is a luxury bridal magazine aimed at British Asian couples across the UK. To date, the magazine has amassed over 400,000 readers nationwide and is the largest growing title in its sector in the UK.