Shilpa Shetty found herself stumbling back into the news after a rather embarrassing tweet. The Bollywood actress, most known for her stint in Big Brother as opposed to her movies, began trending on twitter after suggesting that school children should read Animal Farm (one of the most famed pieces of literature in the world, by George Orwell) in order to learn how to take care of animals.

Animal Farm is a well-known dystopian satire influenced by the Russian Revolution and the rise of Stalin- far from a child’s How-to on cute critters.

Shilpa instantly became the target of online jokes and jabs, with many taking to social media to voice their disappointment and hilarity. #ShilpaShettyReviews began trending, with users recreating their own tongue-in-cheek literary faux pas.

Shilpa Shetty, never one to shy away, tweeted afterwards that whilst she admires the writers of The Lord of the Rings, Harry Potter and Animal Farm, she has never read them. 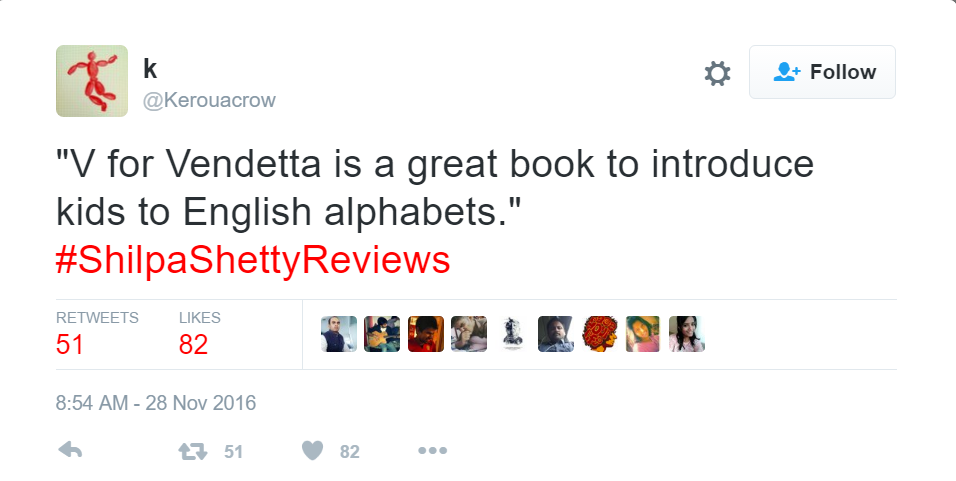