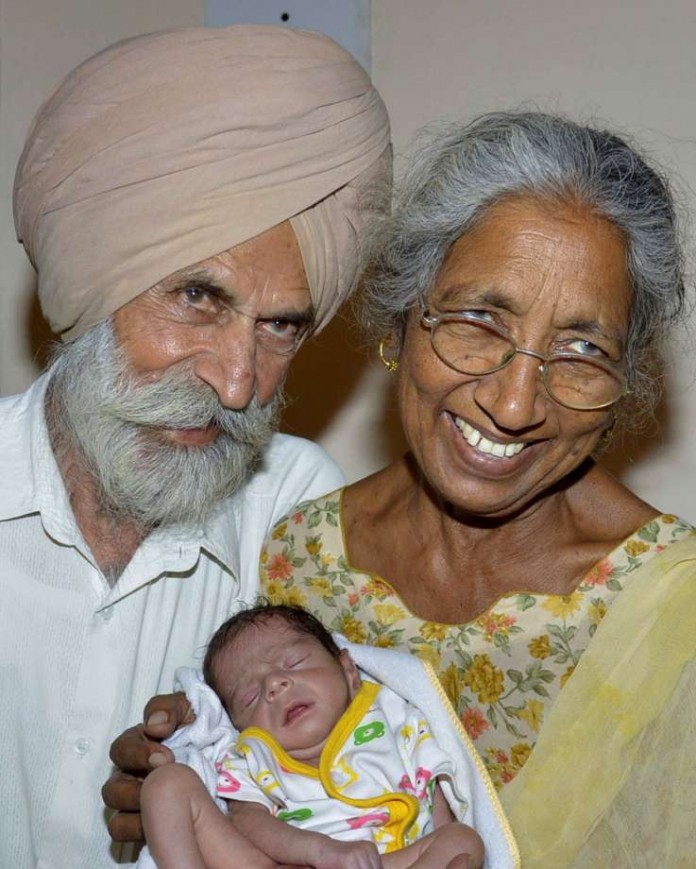 Daljinder and her 79-year-old husband, Mohinder Singh Gill, sought help from the controversial clinic, which provides fertility to treatment to those who have surpassed menopause, after seeing an advertisement for the clinic in a newspaper. 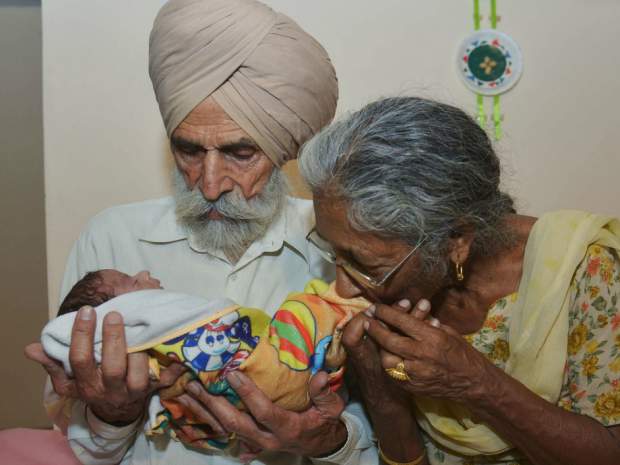 “Every one asked me to adopt a baby but I never wanted to. Now I have my own child,” said Mrs Kaur.

“We will raise him and give him a proper education. I had faith in Almighty that I will have my own baby, and Waheguru answered my prayers,” she told the Telegraph, using the Sikh term for God.

The couple, based in Amritsar in Punjab, had been childless for 46 years, before undergoing three rounds of in-vitro fertilisation treatment using anonymous donor eggs.

She later gave birth by caesarean section on April 19.

Post-menopausal births are increasingly common in India, where women are often put under social pressure to reproduce, along with cheap readily available IVF treatment.

Dr Anurag Bishnoi’s clinic has been under scrutiny over the age of his patients, but there is an increasing need for regulation for the country’s estimated 2,000 fertility clinics.

India’s medical council has suggested a bill banning fertility treatment for women aged 50 and above, due to health concerns for both mother and child. 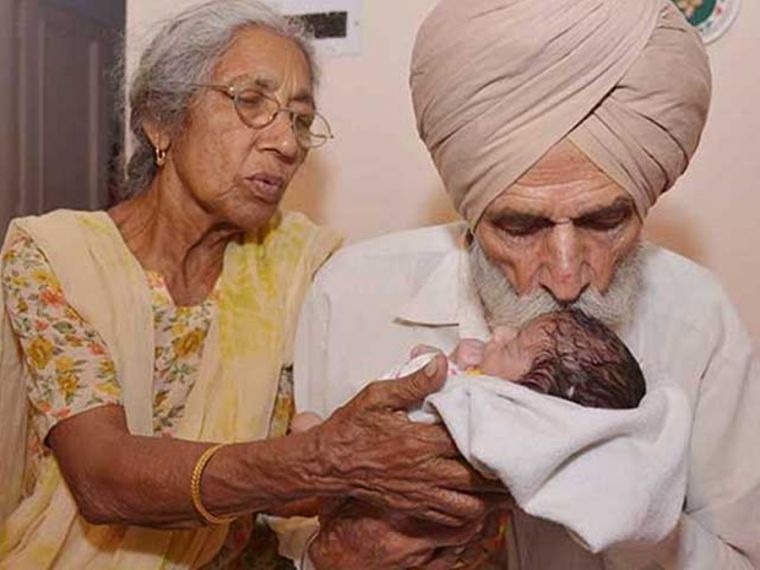 Supporters expect the bill to be passed in parliament within the next 6 months, spelling the end of practices like Dr Bishnoi’s.

“We condemn this totally. With science, you can make a 90-year-old person pregnant, what’s the big deal? The question is not about technicalities, it’s about ethics. Our responsibility to the patient. This man is an upstart, he doesn’t represent us. He needs to be banned.” “Not a good idea. It’s cowboy medicine,” added Dr Aniruddha Malpani, who runs a Mumbai-based fertility clinic. “Doctors are just out to show how much they can push the envelope. This gives IVF doctors a bad name. People think we’re irresponsible, doing stupid stuff.” However, Dr Bishnoi defended his patients’ rights to choose their treatment regardless of age.

“Reproduction is a fundamental right. The government cannot prevent that,” he said.

“They want to prevent women over 50, but on what basis can they do this to their own people? They are not killing anyone, they are giving birth.”