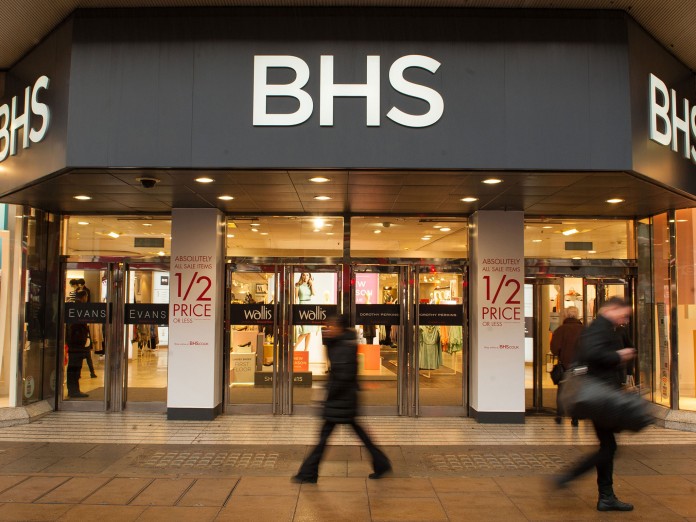 Despite being a feature of Birmingham’s high-street for over 80 years, historic retailer British Homes Store, has collapsed.

With all 164 of its stores under threat, including branches in Solihull, Walsall, Merry Hill, Redditch, Wolverhampton and Stratford Upon Avon, the company’s breakdown has led to wide-scale job fears amongst staff.

A spokesman for BHS said it called administrators after being unable to secure a rescue package to save the firm.

Despite a reported offer by Sir Philip of £80 million towards BHS pensions, the retailer has racked up debts of more than £1.3 billion, including a pension fund deficit of £571 million.

Rival retailer, Sports Direct, have expressed interest over-taking a portion of BHS’s stores, however will only do so under the condition that it is absolved of any responsibility of pension liabilities.

The collapse of BHS would be the biggest retail failure since the closure of the Woolworths franchise in 2008, resulting in the loss of almost of 30,000.

Experts say BHS has been victim to years of under-investment, causing its range and estate to look tired and dated.

The high-street chain was thrown a lifeline last month when creditors backed two company voluntary arrangements in order to revive the business by cutting the cost of its leases and preventing widespread store closures.

However, the arrangements fell through when a £60 million loan, making up a significant part of the deal, has not been secured.

Joe Rundle, head of trading at ETX Capital, said: “BHS may have been another Woolworths that struggled to adapt to the new retail world.

“But the same pressures that squeezed the life out of BHS are being felt across the UK retail sector today.”

Speaking to the Press Association, Mr Chappell said: “No one is to blame, it was a combination of bad trading and not being able to raise enough money from the property portfolio. In the end, we just couldn’t reach an agreement with Arcadia over pensions.”