Home Contributors L is for me 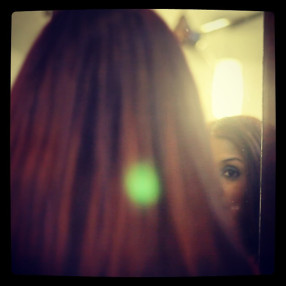 Love, the universal language understood by all; and a word that is equally empowering as it is heart breaking. Being loved is exhilarating, and yet the absence of it can instantly leave a gut wrenching feeling.

Ok, I am not a new age “let’s discover ourselves” preacher. In fact I’m just an average 37-year-old British Asian woman, working the city life in London and occasionally trying my hand at blogging. Like many other South Asian families, my parents moved from India to London with a suitcase full of dreams and aspirations of giving us three daughters the best in life. And the best is exactly what we got; right through from education, activities to holidays and friends, we had it all.

Yet, the older I got, the realisation dawned on me, that I was, in fact, looking into two mirrors. The first was the girl who would live her life, by her rules and follow her ambitions; and the second was the reflection of the girl who had already been moulded into culture-defined roles with an invisible yet obvious stopwatch ticking in the background. As a British Indian, my inherited stopwatch ticks distinctly louder; with each sound of the hand echoing the words “isn’t it time you settled down, isn’t it time you had children..?”

So there’s nothing extra ordinary or heart breaking to reveal, but like many other British Asian women of my age group, who are quite comfortable in leading ambitious lives; conforming to social norms often feels as if I’m caught in a complex Rubik’s cube of parent-child crisis’s, discovering my femininity and essentially creating and understanding a sense of identity; each element forever clashing yet never assembled together in one piece.

Every additional birthday candle would often prompt woeful comments on my still unmarried status, often followed by reminders that as the oldest of my entire maternal family, I was hardly setting the best example (no pressure there Sej!) I took it with a pinch of salt; I had everything and was, and still am, supported by my parents to live my life on my terms. At 30, everything was good, not perfect but I was content. Despite the rollercoaster ups and downs personally and professionally, I had a good life, travelled and had an infinite network of good friends. Was I fazed by the frowns and aghast looks from society at the discovery of my single status? No, I could handle it. Would it be nice to find the “one” – of course.. But all in good time; I wanted to embrace this time of being young, independent, single and happy within. Well, that is what I had convinced myself.

30 was THE age to be, a friend told me as we were revelling in my birthday celebrations, and I had decided that I would embrace this rebirth and take control of my happiness. With this in mind, together with an upcoming family friend wedding, it was the accelerator to kick myself into shape and the difference was instantly noticeable. I’ve always been a petite person, but I had developed a new healthy glow. “You look good Sej”, everyone would say, clearly realising that my healthy routine radiated all over. I was in control, I thought.. Control – another word with a spectrum of extreme outcomes. Being in control of our lives and inner happiness is liberating, but what happens when the need to desperately remain in control outweighs the importance of just appreciating the present moment as it is.

In a glimpse, the glow had etched a distinct look of overnight ageing, and the svelte figure shrank to just protruding ribs. How, when, why? Even today I don’t have the answers. Pleas from loved ones fell to deaf ears because as far I was concerned, I was in charge of my life – this was something within my control. “These people don’t know what they are talking about. I know what I am doing, it’s my life, maybe just a bit more.. a little bit more”; and so these constant thoughts kept reeling about in my head like a vicious circle, which was unbreakable. The obsession to hold on to these reigns of control consumed any other need to think about anything else.

I refused to admit to myself and others that I had become addicted in focusing on this one element in my life, as I was unknowingly convincing myself that in society’s eyes, I was failing in all other aspects. The only way to remove the feeling of heaviness whenever I felt low or out of my depth, could only be resolved by physically feeling lighter. The once driven and focused working girl, was now consistently clouded by the urge to hold on to this obsession. Comparisons to what others ate, wore, looked had become a daily and dangerously large part of my routine, which fuelled even more inner negativity.

Vino and sleep were my new best friends and food was the foe. Everything and everyone else didn’t matter to me, because I naively convinced myself that I could manage my life in my way just as I have always done. My denial to accept what I was inflicting on myself had started damaging personal relationships with those who sincerely wanted to just hold my hand. For every plea to help me, where momentarily I felt I could snap out of this, an angry comment on how selfish and self-centred I was behaving was enough to simply push everyone away from me again. That was my only solution, to keep pushing and pushing where the damage with some relationships simply became irreversible. It didn’t matter, I thought, this was my issue and only I knew, or thought I knew how to keep above it.

South Asian cultures pride themselves on family unity and acting as each other’s pillars in times of need. But the taboo of trying to be open and honest about such topics just added shame and guilt. When famous movie stars from the motherland spoke publicly about battling mental health and depression, Indian counterparts would be the at the forefront with praises and admiration. It often seems easier to look outwards than deal with something so sensitive close to home. After all, what didn’t I have? People are worse off than me. I never had to struggle like my gran or mum. But human beings are selfish aren’t we, and don’t compare our so called trivial issues to poverty or illnesses. Yes I had it all, but I was just existing, not living. Somewhere, somehow I had forgotten what it was like to love myself as I was. I didn’t allow myself to feel the love my family and friends showered me with.

I eventually held on to a hand of a woman who I felt like I had let down the most, yet who never once made me feel anything short of loved. My mother, who independently setup her life here in the UK at a young age, is the embodiment of hard work and determination, a trait, which she has consistently ensured, we held on to. However, the minute I fell, she didn’t once hesitate to go beyond her ability to elevate me back to reality, along with my family and friends. In turn, fate allowed me to turn this experience into positive energy and I grabbed the opportunity to question how it had become so easy for me to hibernate into this unhappy place. 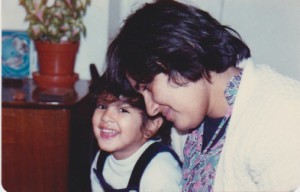 Having being made redundant from my city job, I flew to India in 2012 with a filmmaker friend, in an attempt to understand the importance of one of many South Asian stigmas today – marriage. From exploring methods undertaken to find a partner and interviewing people of all generations across different cities in India, I wanted to understand how everyday relationships influenced decisions women of my generation and ultimately understand my own family’s influences.

Once I had returned to London, I was fortunate to share some of my blogs with Asiana.TV and The Asian Today. Soon after, I was approached by Global Arts Kingston, a multi-cultural arts organisation based in Kingston-Upon-Thames, to be a part of Kingston’s storytelling festival in Kingston’s Rose Theatre, and on 28 June 2013, I was fortunate to present my first directorial, The Evolution of the British Indian Woman which explored the different generations of women in my own family.

Oddly enough, my focus on writing and documenting these experiences was almost like self-therapy, as I discovered I was not alone in allowing myself to feel that I had failed society or vice versa. Ultimately, it came back to the element of control, whereby I was the only person that could control my reactions and feelings to the ever-changing environment around me. Only I could allow myself to live fully and not just exist.

Best selling author Mandy Hale once quoted, “If you don’t love yourself, you’ll always be chasing after people who don’t love you either”. And no truer words could have been spoken. Very few will voluntarily admit the extent of self-doubt they feel (especially if you are as stubborn as me.) I too tried reaching out my hand once to a loved one who denied the extent of their self-doubt and worth. The need to remain solely in control without a shoulder to lean on was instantly recognisable. It was easier to just keep pushing then share the pain. The more I tried to reach out, it had become apparent that I was suddenly looking at a familiar reflection, and in trying to be the helping hand, I was losing myself on a parallel path.

I love you. Everyone wants to hear those three words don’t they? But why is it so easy to forget the I in I love you?

As much as we crave the need for love and acceptance, without loving ourselves first, all the love we are surrounded by is not enough to save us from ourselves.