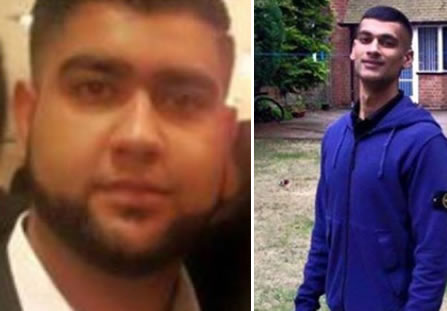 The victims of a horrific Birmingham crash have been named as Atal Nawaz and Mushy. The two friends died when the Porsche Cayenne they were driving crashed into a lamppost and overturned.
Atal’s family said: “Thank you to everyone who has been there for us through this difficult situation. We have lost a close member of the family.
“Atal was a very bubbly person who always had a smile on his face. He will sadly be missed by many.
“We ask everyone to please read as much as you can for him as prayers are the only thing that will help him. If he has wronged anyone in any way shape or form then for the sake of Allah please forgive him.
“Please continue to read for both boys and make dua [prayers] Allah grants them a place in Jannah [paradise]. Rest in peace boys.”
Police are now appealing for witnesses.
Officers were called just before 11.30pm following reports that a Porsche Cayenne had collided with a lamppost and rolled over on Small Heath Highway.
Emergency services arrived at the scene and four men who were in the vehicle were taken to hospital.
However despite the best efforts of medical staff two of the men, both aged in their 20s, could not be saved.
The two others, also aged in their 20s, remain in hospital where their condition is described as stable.
The road was closed in both directions for several hours while an investigation into what happened was carried out.
Sergeant Paul Hughes, from the Collision Investigation Unit, said: “Although this tragic collision happened late in the evening we know there would have been other vehicles on the road at the time.
“We would ask anyone who saw what happened and has not already spoken to police to come forward and contact us as soon as possible.”