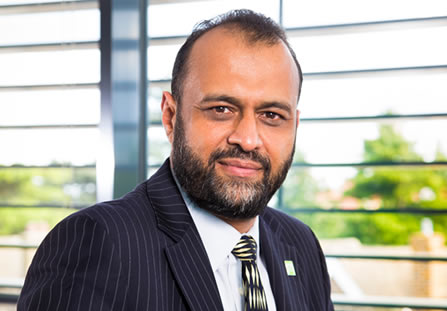 The Chief Executive of leading children’s charity Barnardo’s is to be awarded with an Honorary Doctorate at a Birmingham City University graduation ceremony next week.
Birmingham born Javed Khan, joined the charity in 2014, bringing with him over 28 years’ experience working in the UK public and voluntary sectors. As Chief Executive he is responsible for over 8,000 staff and 15,000 volunteers, who together run over 900 services in local communities, helping to support some of the UK’s most vulnerable children and their families.
Throughout his career, Khan has developed a track record of successfully managing change through a number of key high profile leadership roles. Prior to Barnardo’s he was Chief Executive at Victim Support. Under his leadership the charity successful managed a period of significant change, including a restructure, generating new business opportunities and raising its public and political profile.
On receiving his award he said, ” I am delighted and humbled by the award of an Honorary Doctorate from Birmingham City University. Growing up in the backstreets of Birmingham, never in my wildest dreams could I have predicted this would happen. My achievements were only made possible because of the efforts of the many people that I have learnt a great deal from, over many years.
Javed Khan will receive his award on Wednesday 2 September at the Awards Congregation ceremony, held at Symphony Hall, Birmingham.