Will Be Given Official Status 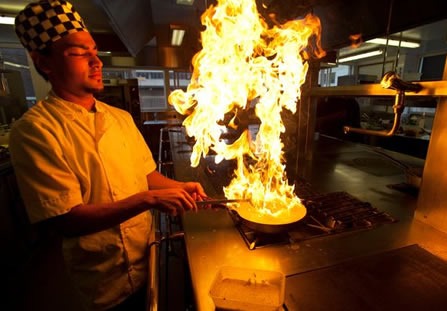 Birmingham will be officially recognised as the home of the world-famous dish – the balti.
Ranking alongside Champagne and the Cornish pasty in a new gourmet guide listing Europe’s best regional produce, the balti is due to be included in the EU Protected Food Name scheme, which highlights traditional foods and stops them being copied throughout the European Union.
The status now means that the Birmingham balti can be produced only in those named parts of the world.
The city’s renowned balti-lover Andy Munro has been driving the bid for recognition on behalf of the Birmingham Balti Restaurant Association.
He said previously: “I’ve always been very keen on the genuine balti but we’ve now got to the stage where everybody’s calling any sort of curry a balti.
“That makes me think it’s time we defined the real thing, which Birmingham is famous for.
“I was in a supermarket looking at the curry sauces from a well known spice firm, and the ingredients for the balti sauce and the jalfrezi were exactly the same except for the jalfrezi having peppers.
“That is a complete and utter scam, and you can’t have a balti from a cold display cabinet anyway.
“The whole thing has become a generic name and that’s why we want to define the difference with the ‘Birmingham Balti’ mark.
“If people want to sport that mark they would have to cook it in the proper way.”