A Coventry man has been jailed for the murder of a two-year-old boy after he inflicted severe head injuries which led to the toddler’s death. 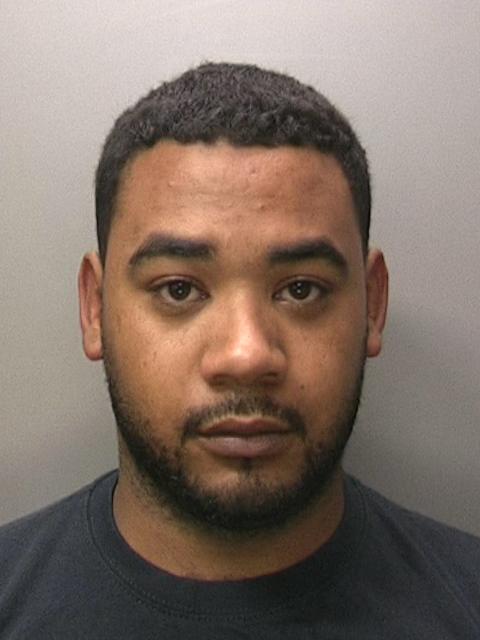 Keith Brown, of Swan Lane, Stoke, was found guilty of killing Khaleel Hussain in October last year. Khaleel’s mother Samina Kauser was found guilty of allowing the death of a child by failing to take steps she could reasonably have been expected to take to protect him.
Throughout the police investigation and six week trial at Leamington Crown Court, Brown, aged 23, denied any involvement. But on Friday (17 July), the jury took just 10 hours and 12 minutes to bring a unanimous guilty verdict. And, today he has been sentenced to life to serve a minimum of 15 years. Kauser was given a three year sentence.
On 21 October 2013, Khaleel – two months shy of his third birthday – was left at his Richmond Street home in Stoke with Brown after 25-year-old Kauser went out shopping. Kauser had been in an on-off relationship with Brown since early 2011. The court heard how, a week before his death, Khaleel had been smothered with a duvet by Brown after he was whinging at bedtime. Kauser challenged Brown and told him to leave her son alone. Prosecuting, Mr Hankin QC said that Kauser knew from Khaleel’s long and subdued silence after Brown had left the room that he had been harmed.

The court heard how, from phone records, Brown had called Kauser while she was walking home from shopping. Minutes later Kauser dialed 999 for an ambulance claiming her son had fallen down stairs.
When paramedics arrived, they described Brown as “blasé” and “calm” and showing no emotion. Following examination by medics, it was found that Khaleel had a significant head injury. He was taken to hospital before being transferred to the Children’s Hospital in Birmingham; he died the next day.
During questioning, Kauser’s account of Khaleel’s fall faltered several times. Brown, in interview, denied being in any form of relationship with Kauser Both denied having any contact with Khaleel on the morning of the incident and neither could provide an account of how the boy came by his injuries.
A post mortem on Khaleel revealed he died as a result of a head injury and a subsequent report concluded that the boy’s injuries were not as a result of falling down stairs. The pathologist’s examination also revealed an injury where Khaleel had his airway and breathing restricted for a period of time which had caused bleeding into his lungs and had probably occurred one to two weeks earlier.
Detective Inspector Jim Foy, from the Public Protection Unit in Coventry, said: “This was a difficult case as there were no witnesses and no CCTV showing what led to Khaleel’s death. The police investigation was built on the string of lies told by Brown and Kauser.
“During sentencing, the judge highlighted two aggravating factors; Khaleel was left with Brown who breached his position of trust and responsibility and he did not ring for an ambulance for 20 minutes. These factors have led to him being handed a life sentence today.”