Anand along with Amit Kumar, Sanjeev Mirajkar and Afsana Karim cheated HMRC out of millions of pounds to produce feature films that were never made. Anand was due to appear in Croydon Crown Court in April last year but failed to turn up. HMRC were under the impression Anand was still in the UK however now believe he is on the run to India. Although the UK have signed an extradition Treaty with India the process is still pending.

Between 2007 and 2011 the gang produced fake scripts, crew and cast lists, production schedules and even budget plans according to the Crown Prosecution Service. Among the fake titles included Billy the Beagle and Kuan Bola. The title and details of the 2009 film London Dreams were even stolen and claimed as their own to continue abusing the tax relief scheme. 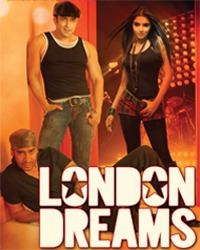 Anand and his accomplices were prosecuted on 22nd July at Croydon Court in 2013. Anand was disqualified as a company director and subsequently sentenced to 7 years in prison. Mirajkar and Kumar received 30 months and 18 months respectively. Karim meanwhile was given a 12 month suspended sentence for 2 years and ordered to complete 100 hours of unpaid work.

Neena Jhawer, a specialist fraud lawyer at the CPS stated the gang participated in “sophisticated fraud” involving “an attack on two separate elements of the tax system: VAT and film tax relief”. Over 20 film industry companies were set up by the men solely to aid the VAT and film tax credit fraud. She added that the criminals went to “extraordinary lengths to establish an apparently legitimate front to what they were doing.”

Anand has now been added to the list of the UK’s most sought-after tax criminals. First a list of 20, 10 more faces have been added to the list including Anand. Chancellor George Osbourne expressed concern over the individuals involved who have cost the taxpayer approximately £720 million. “The government has stepped up to HMRC’s enforcement activities to enable them to pursue tax cheats relentlessly around the world. “This new lists will help put more tax fraudsters in the spotlight and bring them to justice.”

Neena Jhawer also states that this was a “significant attack” on taxpayers and a system designed to support the UK film industry. The tax relief scheme related to this case has now been shut down having been exploited by middlemen and tax consultants. A new system has now been introduced where tax relief is directly given to investors and filmmakers.

HMRC have appealed to the public to contact them should any information of Anand’s whereabouts be revealed.