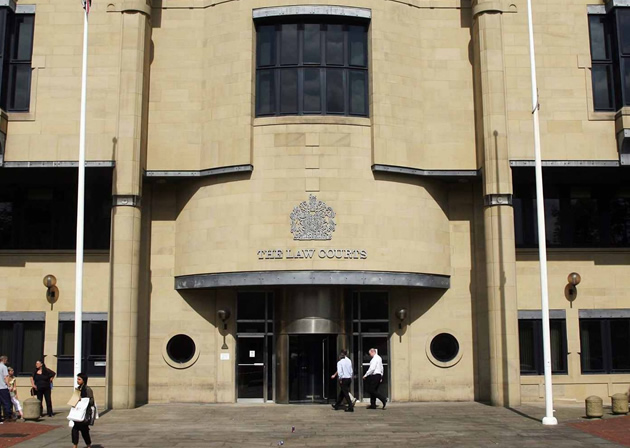 A 21-year-old man with a string of criminal convictions who carried out a sustained assault on his sister when she challenged the moral authority he had imposed on the household has been jailed for nine months.
Faisal Iqbal struck Rukhsana Shaheen round the head, tried to hit her with a vacuum cleaner attachment and then kicked her in the head, Bradford Crown Court heard yesterday.
Iqbal pleaded guilty to causing Miss Shaheen actual bodily harm at the family home in Princeville Road, Great Horton, Bradford, on October 30.
Iqbal, who has convictions for criminal damage, assaulting a police officer, threatening behaviour and possession of heroin with intent to supply “assumed the moral high ground” in the family after his father left home, the court heard.
When Miss Shaheen, 23, broke one of his “ground rules” after work by speaking on her phone to a non-family member, Iqbal grabbed her hair and punched her to the head and face, prosecutor John Bull said.
When their mother intervened, Iqbal left the kitchen, got more “worked up”, called his sister names and tried to hit her with a Hoover attachment. He then kicked her to the side of the head, causing swelling and a cut.
Mr Bull said police and an ambulance were called. Miss Saheen first feared her nose was broken but it turned out not to be.
Iqbal was arrested at the house and made no reply to police questions. Mr Bull said Miss Shaheen had to move out of the family home after the attack. She now wanted to be reconciled with her brother.
Judge Peter Benson was told that Iqbal had 20 previous convictions for 30 offences. He said: “Why someone with such a record should think he had the moral authority to control the actions of his older sibling is beyond me.”
In mitigation, Iqbal’s barrister, Shufqat Khan, said he admitted the offence at an early stage. He was only 20 at the time and had been in custody since his arrest.
After his father left the family home, Iqbal assumed the authority of head of the household and of trying to look after his mother, sister and younger brother.
Judge Benson said it was a “disgraceful” offence.“You abused that authority and trust in a most despicable way,” he told Iqbal. “You are an arrogant young man who assumed the high moral ground in this family.”
Miss Shaheen had been obliged to leave home after the “sustained assault”, which had occurred in the presence of their mother.