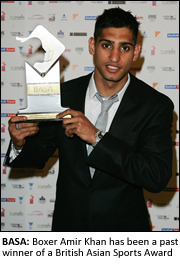 THE British Asian Sports Awards (BASA) are looking forward to celebrating a magnificent 10 years honouring the best of British Asian sporting talent.
Nominations for the 10th annual awards night are now open ahead of the glittering awards night in March next year.
The event will mark a decade of British Asian sporting success, with some of the biggest names in the industry coming together under one roof to honour a new generation of sports stars.
Over the years, BASA has attracted the support of world famous sport stars including
Amir Khan, Mark Ramprakash and Denise Lewis OBE, who have all come from ethnic backgrounds and risen through the ranks to become the greatest British success stories in sport.
As judges and ambassadors for the awards, they continue to inspire a future generation of stars to follow in their footsteps.
Brand Ambassador and multi-BASA award winning boxer, Amir Khan, is BASA’s most decorated winner to date.
He said: “The fact that the awards will celebrate a decade is indicative of the great progress that the Asian community has made in encouraging young people to become more active and take up sport as a serious profession”
“It’s so important to provide a sense of achievement and a platform for the next generation of sports stars, so that we can continue to create more inspirational role models, male and female, across every sport.”
It is these stories of triumph over adversity that have created a generation of role models from within the community.
From Bolton-boy turned Light Welterweight World Champion Amir Khan to England women’s cricketer Isa Guha, who played a critical role in the teams triumph at the Ashes, World Cup and World Twenty20 competitions, and England’s No.1 singles badminton player Rajiv Ouseph, who brought home a silver medal for England from the Commonwealth Games in Delhi 2010.
Last year, BASA brought to life the stories of World Pool Masters Champion Raj Hundal and the inspirational autistic swimming champion Ayaz Sheikh, both of whom are breaking the mould and proving that Asians are making waves across all sports.
A spokesperson for BASA said: “BASA prides itself on recognising and celebrating the substantial achievements of British Asian sporting talents from across the UK. As well as honouring professionals who have already proved themselves within the sporting arena, BASA is a unique institution for raising the profile of talented amateur and semi-professional
South Asians involved in sport and nurturing that talent even further.”
Nominations for the 10th annual British Asian Sports Awards are now open.
Log onto www.basauk.tv to make your nomination. 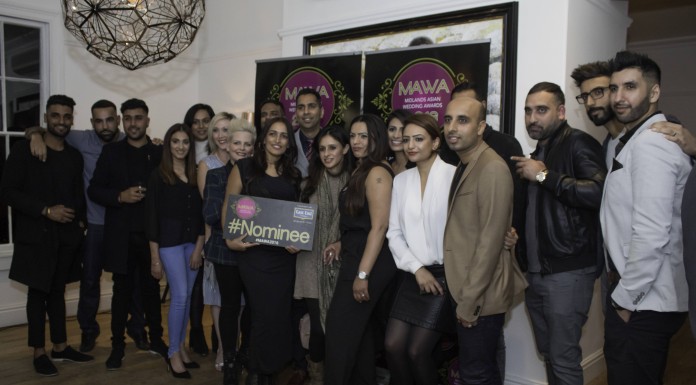 Bad credit debts tend to be handled the same as unsecured loans. They are money you acquire and pay off in predetermined monthly payments

Youngsters get chance at Chelsea FC

Derby Man Jailed For Stabbing Man in the Leg