Home Sports Kai Bhullar – A Star in the Making 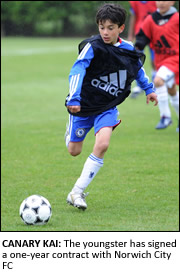 CHELSEA’S recent search for an Asian Soccer Star went well and truly down to the wire – but for one die-hard Chelsea fan he had to pass on the opportunity despite winning his group.
Kai Bhullar, 8, shone at the Cobham Ground trials for the Premiership Champions, and impressed scouts so much that he was crowned winner of the Under-8 division.
But the youngster from Norwich was left with an agonising decision – to join the club’s Academy for their summer trials, or take up an offer from his local team Norwich City.
In the end, guided by dad Raj and mum Karen, Kai signed a one-year contract with the canaries.
Dad Raj said the choice to go with local team Norwich and turn down a dream opportunity from the Premiership champions was a difficult decision – more so because the Bhullar family are die-hard Chelsea fans.
“Kai had already been with Norwich City for over a year before we decided to enter him into the Asian Soccer Star trials,” Raj told The Asian Today.
“Kai has readily the caught the eye of coaches and scouts and we thought it was a great opportunity to see how he faired against a much wider pool of players at the Chelsea trials.
“As a family we’re big Chelsea fans so that played into our decision to enter Kai into the Asian Soccer Star trials.”
“Since winning the Under-8 category Kai has signed a one year contract with Norwich City. The FA rules are clear that a professional academy player cannot trial with another professional academy when under contract. So to not partake in the August trials at the academy was difficult but the right thing to do.”
Kai will play for Norwich City Under-9s next year and will ironically come up against Academy youngsters from Chelsea.
Dad Raj said the family were “extremely proud” of young Kai.
“Being offered a contract with a professional academy coupled with winning the U8 Chelsea Asian Soccer Star challenge is quite an accomplishment, “ Raj said.
“In all fairness, Kai has worked very hard. He may have natural ability but he has worked on areas that needed development himself. For example, he is naturally right footed but has spent numerous hours in the garden kicking a ball against a wall with his left foot. “He is now comfortable using his left foot as much as his right. That’s not an easy fete for an 8-year-old.”
While young Kai is a great prospect for English football, his siblings are also great sporting achievers.
His older sister Sophia, 12, is the captain of the Athletics team for year 7 of her school and recently came first in the local areas 200m. Alivia, 10, participated in Area inter schools cross country and finished third from a group of 80 in her year group, while the youngest of the family, three-year-old Ophelia, is described by Raj as a “like Forrest Gump, she keeps running and running!” 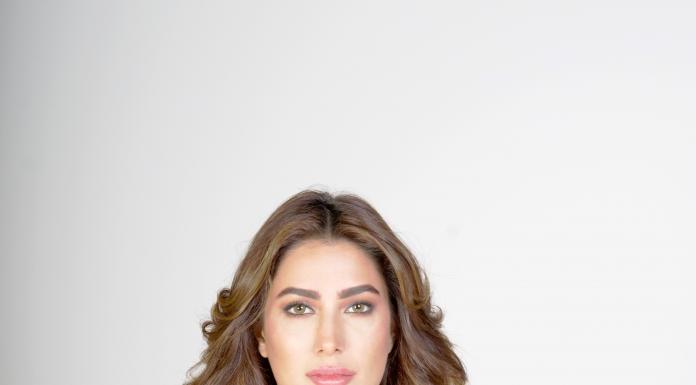 In which could you see loans without credit score rating monitors?