Director talks about her latest film ‘It’s A Wonderful Afterlife’

GURINDER Chadha is back to her best this month in the supernatural comedy ‘It’s a Wonderful Afterlife’. We’ve all heard the hype, but what does the woman behind the camera have to say about her latest film… 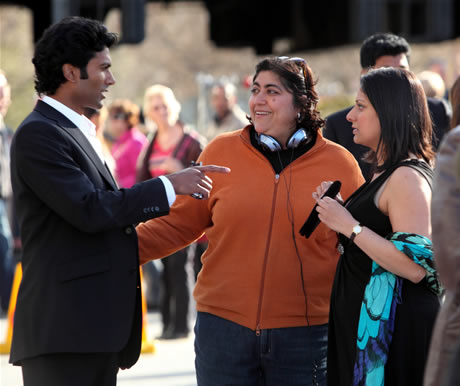 Give me a quick insight into the story…
This is an Ealing comedy about an Indian mum who lives in Ealing with her daughter, who’s a little bit overweight, not exactly beautiful and who has a broken engagement behind her. And people in the community have been really mean about this girl and the mother has had enough. So she devises all kinds of ways of killing people, using Indian cooking methods. But the people she kills come back as spirits and she has to deal with that. More than that – we’re Indian so we believe in reincarnation and the spirits can’t work out why they’ve not been reincarnated. There is some sort of energy. I like the ghost story side of it. I referred to them as ghosts throughout production.
So the ghosts need to learn a lesson before they can be reincarnated?
They learn that in order to be reincarnated they have to do a good deed. And that good deed is getting the fat girl married off, because they’ve been mean to this girl. The bulk of the film’s about retribution and also about how you live your life, in the face of death. Much like It’s A Wonderful Life. It’s about reappraising how you lived your life, and how to be good people.
You’re clearly a big fan of the Frank Capra movie, right?
It’s got to be in my Top Three films of all time, although here the inspiration for the movie came first. I was watching one of these Top 100 family films around 2005-2006 and they showed the clip of the Indian wedding scene and the party from Bend it like Beckham, which was inter-cut with the football, and we had so much fun shooting that scene that I thought ‘How can I do another scene without seeming like I’m repeating myself?’ Yet weddings are so much part of our culture, so I wanted to do another one but to do it slightly differently. So I thought maybe I could do that kind of scene with a horror spin, where everything goes tits up! Much like the scene in Carrie at the end. So from there I started seeing this crazy film, set in Ealing, but in the world of Bend it like Beckham and yet a completely different genre. We worked on the script, came up with the idea of the mum, the fat daughter and the spirits, but it didn’t really come alive until I came up with the idea of reincarnation, and having a second chance. The working title was My Bloody Wedding, and then one day when I was doing the washing up, it hit me: why don’t I call it It’s A Wonderful Afterlife? And once I’d crystallised that title, the film really started to take shape. 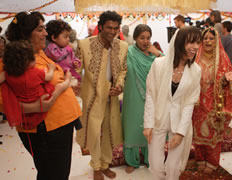 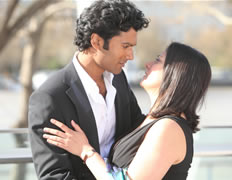 You’ve gone a relative unknown with Goldy Notay as the daughter…
I’d seen her on stage, and on TV, and she’s very good at comedy and very empathetic, I think. She’s got a podgy face, but is svelte-like, so she really had to put on weight for me. I just thought she had the right face. Most actress are very chiselled and work very hard at staying slim, so with Roopi I had my eye on her from the beginning ever since I’d seen her in a theatre production five or six years ago. I sometimes see people and mull them over for a couple of years. She looked really pretty and svelte when I met her for the movie and I was really worried that it wouldn’t work! I couldn’t believe it was Roopi! So I had to ask her to look less presentable! So she put on weight, wore bad clothes, kept her hair unkempt and didn’t shave her top lip. Keeping the facial hair! Her husband loved it. He’s an Italian and a chef and for the first time in their married life she was eating all his pasta and food and not moaning. And of course she got an enormous bust, which he loved!
And the other main cast?
Mark Addy is superb as the copper who suspects Roopi‘s mum. Zoe Wannamaker plays the Jewish neighbour. I met her and really liked her, she’s sparky and spunky and she really got it. It’s not an easy script to read – you have to suspend disbelief and not worry about the murders and ghosts and how it will all work. You’ve got to have faith in me as a director when you read the script and Zoe really got it! She’s never really played Jewish before…
Why Jewish?
It’s quite Ealing, and funny! And then Sendhil Ramamurthy is very handsome and very believable as the rookie copper and he made the love story work so well, because he and Goldy really hit it off. On screen the love story really delivers. He’s also a great bit of eye candy! We have Sandeev as Curryman, and other actors who from Bend it and Bhaji on the Beach and one of my favourite actresses in Britain is Shaheen Khan who plays Kebab Woman, who was mum in Bend It like Beckham, and again she was devastated because I always make her out to be an old battleaxe! She carries the spirit world very well. 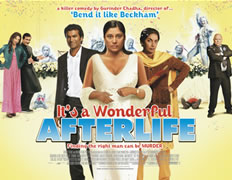 The choreography of the spirits must have been one of the major challenges?
As a director, the choreography of five spirits in every scene, so for most of the movie I had a minimum of six characters in every scene, because wherever Mrs Sethi went, the spirits went, too, so yes it was very hard to choreograph that. That was hard work – always having six people in the frame because when you watch it back you think ‘Who should I be looking at?’ That took a lot of brainpower, to watch everyone all the time.
And the soundtrack? Music is always so integral to your films…
Music is so important in all my films, and we’ve got this fantastic score by Craig Pruess, my usual composer, where he’s gone totally Ealing, and very Ladykillers! A score and it’s quite scary in places. It’s quite complex, and in that there’s a very British-Asian contemporary soundtrack. And artists from Bhaji on Beach days, they’ve really developed and the tracks they’ve produced are outstanding. As a British Asian, that delights me: the British-Asian music scene has really revolutionised the music scene in India. They’re now huge artists in India, but they’re all people I’ve know for 15 years. It’s very up to the minute. But I’ve also got some lovely Western songs that audiences will recognise, and a very funny Bhangra re-working of Staying Alive!
‘It’s a Wonderful Afterlife’ is released in cinemas across the UK on the 21st April 2010.